THE Zimbabwe Rugby Union are mourning the death of their former president, Frank Putterill, who died, after suffering cardiac arrest, in Harare last week.

Putterill, a former player and renowned farmer, was the ZRU president, from 1996 to 1998.

His son James also played for Zimbabwe, under the then coach, Alex Nicholls.

ZRU president, Aaron Jani, in announcing Putterill’s death in the union’s newsletter, paid tribute to one of his predecessors.

Jani, who was still a player when the Macheke farmer was in charge of the sport, said this was a dark chapter in the sport.

“It is with a heavy and sad heart that the Zimbabwe Rugby Union executive committee and board announces the passing on of Mr Frank Putterill on the 23rd of June 2021,” said Jani.

“The former president succumbed to cardiac arrest. He was the president of the ZRU from 1996 to 1998.

“We join his family, and the rugby community, in celebrating his life and reflecting on his amazing contribution to rugby.

“May his dearest soul rest in everlasting peace.” The ZRU president also revealed it was Putterill, who spotted, him while he was playing for Old Miltonians, and recommended he be drafted, into the Sables squad.

“Frank and I came from different worlds and, under normal circumstances, our paths would have never crossed,” said Jani.

“He was a farmer in Marondera and I was a student in Bulawayo. Rugby brought us together, he was a father figure to me.

“When I left school, he was part of the feared, and highly-revered panel of selectors, for the national team.

“This is how I met him, when he spotted me on the field, and selected me as part of the national squad.

“After this, he was my mentor and Godfather, making sure I was well looked after in the squad, in terms of accommodation, food, stipend, the general upkeep.”

The two kept rising, Jani as a player, and Putterill, as an administrator.

“Later, I progressed in my rugby career while he did the same in rugby administration,” said Jani.

“By the way, he was also an amazing rugby player for the national side.

“So, we had so many things in common, I feared, loved and respected him, all in the same breath.

“I will, forever, remember him for his amazing contribution to rugby as he made a lot of personal sacrifices, to develop the game, he loved so much.

“Coincidentally, when he ended his term as president of the union in 1998, that’s when I also hung up my boots as a player.”

“His son, James Putterill, and son in-law, Dave Capsopolous, as well as his grandson, Daniel Capsopolous — all represented the Sables,” Hobson said.

Hobson said the fact that Jani, his deputy Losson Mtongwiza, and a host of former players and administrator’s attended a memorial service for Putterill at his Borrowdale home on Wednesday, was testimony of the huge contribution he made to the growth of the game, in the country.

“For me, Frank was president when I was still playing, and a junior administrator, at Old Hararians,” said Hobson.

“He was a man of integrity, a man of his word and he gave it his all, for the administration of rugby, in this country.

“It was very nice to see the current president of ZRU, Aaron Jani, his deputy Losson Mtongwiza, and all the rugby family, coming together to say a nice farewell to Frank Putterill.”

East Africa: Extractive Industry in East Africa – What Are the Stakes for Citizens and Governments? 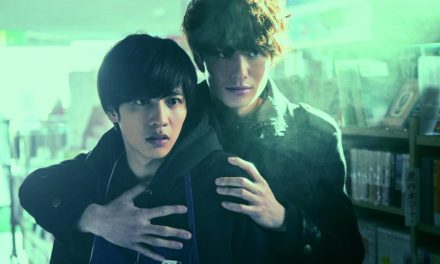 ‘The Night Beyond the Tricornered Window’: Stylish scares with a side of romance