Zimdancehall chanter Kelvin Kusikwenyu, popularly known as Killer T, will tomorrow release his album titled Concious of a Diary amid sparking a longstanding online debate about his allegiance to the first family.

On Wednesday Killer T posted on Facebook a picture of himself with the first lady, Auxillia Mnangagwa, wishing her a happy birthday.

Taking to his Facebook and Instagram accounts last week, the Bvunza Tinzwe singer uploaded a hearty snap standing next to Mnangagwa

However, it is yet to be ascertained whether last week’s storm was meant to publicise the much-awaited album.

If the reaction on social media is anything to go by, Killer T has to face a moment of truth tomorrow.

However, most of his followers took to the comment section to register their disdain over what they viewed as a public display of his political alignment.

“Nxaaa this is y the country is not going anywhere (sic)… these influential people are looking for money thru blood suckers #Demloot,” wrote @anesuchanyau on Instagram.

Local musicians have often been subjected to scrutiny and criticism when they openly praise or endorse political figures, particularly those that are in the ruling party.

In some instances, perceived political ties to Zanu PF have threatened to derail artistes’ future projects with names like Jah Prayzah quickly coming to mind.

Other social media users accused Killer T, who is set to launch a new project this week, of soliciting for favours as has been done by other artistes who dined with politicians in the past.

According to Baba Sponono TK Jeche, the 31-year-old should also post publicly about the government’s injustices.

However, music critic and influencer Plot Mhako said Killer T’s situation is one example of how Zimbabwean have proven to be politically intolerant over the years and musicians ought to be careful when associating with political figures.

“In Zimbabwe, it was only Soul Jah Love who could sing in favour of politicians, praise a political party and still remain relevant and appreciated across political lines, that achievement was very rare given the polarisation we have in the country,” said Mhako.

“It is difficult and unwise for an artiste to openly show solidarity, support, association and allegiance to a specific political party or ideology in Zimbabwe owing to a deep-rooted culture of intolerance.”

Mhako added that there is need for transformation amongst music lovers as they need to be more appreciative of divergent views.

“It is a very unfortunate and sad situation which will require a lot of effort to transform because ideally artistes should be free to associate and belong to any party of their choice and even sing about politics.

“What Killer T did should be normal in an open, tolerant, democratic society. The selective reaction and trolling infringes on the artiste’s rights. We have seen Killer T perform at various political events before, it’s the society that needs to be more tolerant.” 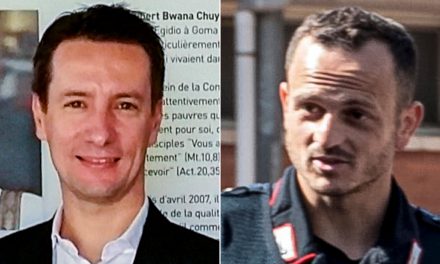