gospel musician Privilege Cheure is on a mission to remind people of the goodness of God through music.

Cheure, who is based in Kwekwe and fronts the Trumpets of New Jerusalem group, highlighted his intentions in an interview.

He said it was disheartening that people turn away from God who created them.

Cheure spoke soon after the release of his new single track titled “Chiedza” (Light) which has taken centre stage in the Midlands province.

He said the song was a reminder that God is the only reliable light and all the creation should focus to him.

“My newly released single track, ‘Chiedza’ has become like a national anthem in the province as it is now played in various church gatherings and everywhere,” said Cheure.

“The song speaks about the light and regards God as the real light on top of everything else. It reminds people to put their focus to God the creator in charge of the universe as the Supreme Being.”

Cheure said apart from the song having gained overwhelming response countrywide, it has reverberated beyond the borders including at the United States Carlifonia radio station where it attained the top position on the gospel charts.

“The song once took the first position on Central Radio gospel Chat Show. Now the song is also being played on Top Ranking FM in California. My dream is to be recognised locally and oversees.”

Cheure said he grew up in a church, singing as part of choral group. He was further inspired by her sister Shyleen Maningi Cheure, who was part of the Zimpraise group.

He said he learnt a lot from veteran gospel artistes like Mechanic Manyeruke and Diva Mafunga.

“I also grew up singing in a church choir and later on I started writing choral songs for our church choirs. This is how I gained confidence until I become a full-time gospel musician.

“I got inspired by my sister Shyleen who was in the Zimpraise team, but on top of everything else, I was inspired by Baba Manyeruke and Diva Mafunga.”

Cheure said he was looking forward to doing a collaboration on his next album which is at an advanced stage.

“I’m preparing the second album titled ‘Kana Jesu Achitungamira,’ which will be advising people to prioritise Jesus in everything they do.

“In the next three years, I foresee my music being recognised worldwide. My music speaks about the greatness of God.

“I’m going to have a collaboration with my sister Shyleen on my next album and also collaborate with other top gospel artistes. This will enhance my skills.”

Cheure started his musical career in 2017 after recording his first album called “Makaita Basa” which is a tribute to God for everything he was doing in his life.

“Above all, my music mostly preach esabout God’s supremacy over the world and all the creatures in it. I cannot say I chose gospel music, but God sent me on that mission.

“That is why I’m always willing even to perform on any occasion for free of charge. The purpose is to inform the world about God’s supremacy.” 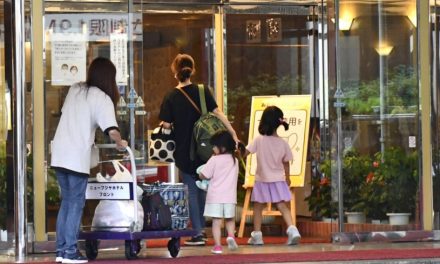