Popular Congolese rhumba artist Koffi Olomide is in the eye of a storm in Zimbabwe for chanting President Emmerson Mnangagwa’s name in his latest song.

Nick Mangwana, a government spokesperson was among the first people to share snippets of the video on Twitter bragging that: “The globalisation of ED’s brand is unstoppable. #TrustED.”

The tweet triggered a backlash from Zimbabweans online, who accused President Mnangagwa of abusing State resources to position himself ahead of the 2023 elections.

Olomide arrived in Zimbabwe three weeks ago to produce the song and he is being hosted by a prosperity preacher Passion Java, who has become the face of the president’s re-election campaign. The song was recorded under Java’s newly created music label.

Fadzayi Mahere, main opposition MDC Alliance spokesperson, said the 78-year-old leader was “capturing artists in a bid to mask his government’s failure to deliver on its electoral promises.

“So, your ‘plan’ is to capture artists, make them sing your praise and then you will suddenly become popular?

“It will not work. The people can see from their pockets that the country is going in the wrong direction,” Advocate Mahere said.

Chin’ono, who has been arrested several times for criticising President Mnangagwa’s government, also took issue with the decision to involve Olomide in the campaign given his history of abusing women.

“When you see yourself paying thousands of dollars looted from citizens to get a shout out from a washed-up rhumba singer, a violent man who routinely beats up women, then you should know that you and those who support the idea are shamelessly morally bankrupt,” he tweeted.

“They want us to forget that there is no clean running water, no jobs, no decent roads, no medication in hospitals because they are singing rhumba.”

Exiled former Higher and Tertiary Education minister Jonathan Moyo, however, feels criticism against the song is too harsh.

“If anyone is offended by the insipid Kofi Olomide lyric: “ED Mnangagwa Number 1, which he only chants once in his Patati Patata colabo with Roki and Tanzania’s Rayvany, they need a moral compass,” Professor Moyo tweeted.

“The chant is dumb, but not offensive.”

In the 2018 elections where he was running for the presidency for the first time, President Mnangagwa used music to try and push his narrative.

Ahead of the 2023 elections, he is trying to lure young voters who have traditionally backed his main rival, the 43-year-old Nelson Chamisa of the MDC Alliance.

In the previous polls, he narrowly beat Mr Chamisa amid allegations of vote fraud.

Pollsters, including the reputable Afrobarometer, say the majority of Zimbabweans do not approve of President Mnangagwa’s performance in the last three years as economic hardships continue to worsen. 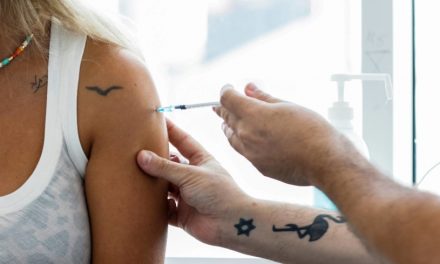