WARRIORS coach Zdravko Logarusic is impressed by the goal-scoring form of Zimbabwean striker Tino Kadewere who has taken the French Ligue 1 by storm.

Kadewere — who was recently voted the club’s Best Signing of the Year via an Olympique Lyon media poll — has been in dazzling form after settling into the team well in his debut French Ligue 1 football campaign.

Zimbabwe coach Logarusic is hoping Kadewere will maintain his scintillating form until the Warriors renew their bid to qualify for the 2021 African Cup of Nations finals.

The Croat, who rates the lanky forward highly, told the Pan African Football website that he would love to see Kadewere combining well with Warriors teammates Knowledge Musona and Khama Billiat the same way he has done at Lyon with Memphis Depay and Carl Toko-Ekambi.

“I have been closely watching him and I must admit that the boy is a formidable force. He is riding high like a Warrior. He is raising the country’s flag high,” Logarusic told Pan African Football.

“My hope is that he keeps this form until we restart Africa Cup of Nations qualifiers next year. We need him to keep his A game and score more goals for us. Last time in Algeria, he scored although we lost but in the coming matches he will score as we win.

“We have great players, Musona (Knowledge), Billiat (Khama), Nakamba (Marvelous) and many others who I know Tino can form a strong combination with, just like he has done with Ekambi and Depay at Lyon.”

The 24-year-old striker has justified his US$16,5 million switch from French second-tier side Le Harve where he had acquitted himself well by scooping the Ligue 2 Golden Boot after bagging 20 goals from 24 outings.

Kadewere had arrived on the French shores virtually unknown the previous season for a paltry US$2.5 million fee from Swedish side Djurgardens IF.

It was suggested that the former Harare City forward would need more time to settle in the French top tier but, the moment he got his name on the scoresheet in the 3-2 win over RC Strasbourg back in October, he has never looked back.

Kadewere scored his seventh goal in 16 appearances in Lyons’ 3-0 victory over Nantes, to take his club top of the table, just before the winter break.

The Warriors forward has struck it rich in one of Europe’s most prolific attacking trio at the moment which includes Cameroonian Carl Toko-Ekambi and their Dutch skipper, Memphis Depay, who is a target of European giants Barcelona and Juventus.

The Kadewere, Toko-Ekambo and Depay attacking trio has plundered 24 goals for Lyon this season, which makes them the best in Europe’s top football leagues.

However, Kadewere is yet to make any real impact for the Zimbabwe national team since his debut in 2015. In 17 appearances, Kadewere has scored three times in matches Zimbabwe played against Zambia and South Africa at the 2018 COSAFA tournament.

He also scored last month, when Zimbabwe lost 3-1 to Algeria in the AFCON qualifiers. The Warriors are expected to resume the qualifiers in March next year with matches against Zambia and Botswana.

They are currently second in Group H with five points. Group leaders Algeria have since qualified to the finals of the AFCON tournament after raking in 10 points from four games. The AFCON finals will be held in Cameroon between January and February 2022

And Logarusic is praying that Kadewere turns the tide and become Zimbabwe’s Golden Boy.

“I am hoping he stays injury free, because when one is doing good sometimes injuries can kill the momentum which is what we don’t want for our player.” 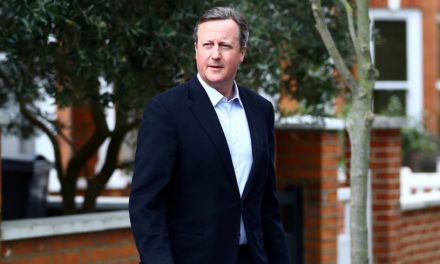 What’s an ex-U.K. prime minister to do? 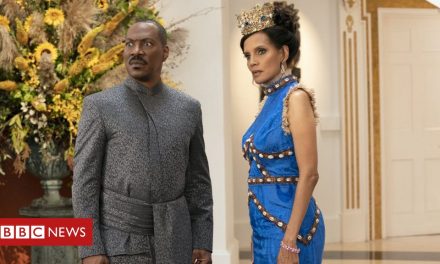