As a teenager, Precious Sibalo visited the airport in her Zimbabwe hometown of Bulawayo to watch planes flying in and out of the country’s second-largest city. She was entranced by the aircraft but dismayed by something else.

“I saw male pilots and never saw a woman there. I said to myself, ‘I want to be one of those few women who are pilots,’ ” she said.

She followed through on her goal, earning a license as an airline transport pilot in November. Now, at age 35, Sibalo is among the growing ranks of female pilots in a field still overwhelmingly dominated by men — though Air Zimbabwe, the national airline, marked its first flight with two female captains in 2015.

Sibalo’s route to licensing was neither direct nor smooth. She spoke with VOA in hopes of inspiring others to confront bumps and other challenges in their career paths.

“You cannot expect to climb the ladder with your hands in the pockets,” she said. “You need to work hard. You need to put (in) effort, do your research.”

Her mother, Catherine, gave birth to Sibalo at the age of 17. But she eventually had to leave the child in her parents’ care to work as a maid in South Africa. Catherine sent home money for schooling, and young Precious, whose grandfather was an educator, did well in most classes.

But her mother “fell sick when I was around 17 years old, and that’s when I also had a child,” said Sibalo, who had a daughter. “I thought my dreams were shattered. … I could no longer go to university.”

Sibalo’s mother died in her mid-30s. When her own daughter was 2 years old, Sibalo had to leave her child in Zimbabwe with her grandparents and go to South Africa to find a job to help support them all, she said.

Like her mother and many others in Zimbabwe, Sibalo found employment in South Africa — in her case, waitressing at a restaurant in Johannesburg. She impressed people with her work habits and her upbeat character.

“Customers would see potential in me because I was very optimistic,” Sibalo said.

One encouraged her to try modeling, which she did on fashion show runways. Another recommended a website leading to better-paying employment in the Middle East. First, she waitressed in Dubai. Then she landed a position as a Qatar Airways flight attendant.

Sibalo described that work as rewarding “because you get paid for traveling. … You get to see different countries. … You get exposure to different cultures. You broaden your mind, basically.”

She visited Belgium, China, New Zealand, Russia and other countries. “Too many to name,” she said.

The work put Sibalo close to the cockpit. After five years as a flight attendant, she had saved enough money for flight training. She enrolled at 43 Air School, located in a South African town of Port Alfred, south of Johannesburg, in late 2017.

The road to becoming a pilot

At first, Sibalo thought it might be easy to land in the pilot’s seat.

“I used to see pilots, when I was a cabin crew member, just drinking coffee,” she said, admitting that she wrongly assumed they were “doing nothing.”

But she quickly learned that she had underestimated what it took to fly aircraft. She scored poorly on a pilot aptitude test, falling short on the math skills needed to calculate, say, whether a plane’s load was too heavy for safe takeoff or landing. That convinced her to work harder. “I spent sleepless nights studying,” Sibalo said. “… You have to take the lessons seriously because you will be carrying lives. It’s very important to be disciplined.”

Her efforts produced high scores and, last November, her license as a commercial pilot.

Now Sibalo is building flight hours as the airline industry itself builds toward recovery from the COVID-19 pandemic and related shutdowns. She hopes to find steady work among the small but growing ranks of women who are commercial pilots. In 2009, women accounted for 73 out of 1,036 (7%) pilots for six South African-owned airlines operating domestic and regional routes, according to the Airlines Association of Southern Africa. By 2019, they made up 120 of 1,201 pilots (10%).

Maybe sometime soon, Sibalo will return to the Bulawayo airport — as a pilot. 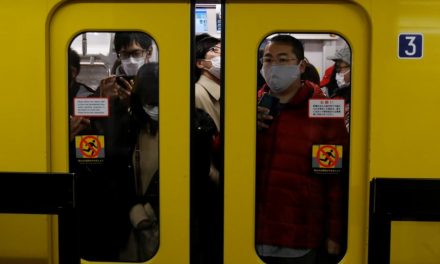 Can Japan raise its teleworking game under the second COVID-19 emergency? 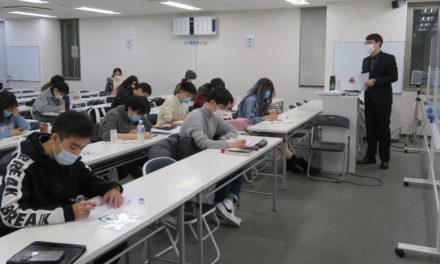