Talented dancehall crooner Decide Razerera Marange, known in music circles as Doubles Wekwa Marange, has said he is using the Covid-19 lockdown period as a platform to release more music with a view to satisfy the market and reach more people with his productions.

The talented musician, who once hogged the limelight after accusing celebrated dancehall musician Winky D of copying his work, said in an interview that he was dropping his video for the single, “City to City”.

“I am happy to be releasing this video as a way to thank my fans for the support even amidst this lockdown period.

“The song was released around March this year and focuses on personal development as compared to checking on other people’s progress and being envious. The message is on self-belief and working hard to achieve personal dreams and avoiding shortcuts.”

The new video follows “Tinder”, which the musician produced in June in celebration of new found love as taken from the social dating platform called Tinder.

“Tinder was about celebrating the beauty of love as taken from social dating networks and the hype that the new platform has brought,” he said.

“My message was that love can be found anywhere, but what is important is that one must value their partner and cherish them.

“The latest single titled ‘City to City’ is out on Sunday and teaches people about the folly of jealousy. With the song, I am saying down with sabotage and jealousy because negative energy is counterproductive.

“It’s a beautiful song promoting co-existence and I hope fans love it. I am not stopping and more videos and singles will be coming this year.”

Born in Bocha, Manicaland, Doubles grew up in Mutare up to his O Levels and then moved to Harare for his ALevel studiesat Denmark College.

He the then worked in Kwekwe from 2010 to 2017, and by then his music journey had already started.

The musician, who bemoaned the lockdown situation, has got four albums to his name and said most artistes were finding it difficult to survive under the lockdown, but he will not stop producing music.

“While most of the people we deal with are cash-strapped and we can no longer rely on live shows, weddings, corporate functions for survival, I promise to continue producing good music. l take music as an investment and l am building my brand, therefore, I value the work I do.”

Africa and the IMF – An Unlikely Duo

Nigeria: Burna Boy Tops the Chart On MTV Base Naija Hottest Albums of 2020 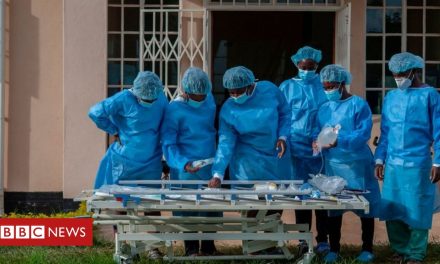