Zimbabwe: Darikwa’s Loan Move to Wigan a Blessing in Disguise


FOOTBALL is such a dynamic sport in these top professional leagues of Europe, and moreso in the English Premiership where coaches, players and fans are so emotionally attached to roles relating to their clubs.

Tendayi Darikwa’s recent loan move to English League One side Wigan Athletic on a short-term deal is more than welcome and a better alternative to the current harsh situation under Nottingham Forest manager Chris Houghton.

Darikwa had to go for simple reasons that are dynamic and professional, he had to choose between a coach who had never given him a fair chance to regain his match fitness after a long injury spell and try to get quality playing time on his back.

Despite dropping one league down into League One, he still is a quality player that can attract good clubs vying for promotion in this same division or other clubs in the Championship including his parent club, Nottingham Forest.

At 29, Darikwa is now a mature seasoned professional player that should remain focused on the bigger attainments of his career as opposed to being speculative about a coach who has shown a total disdain of his abilities despite the fact that his stats before injury are impressive and a huge factor during the two consecutive seasons of Nottingham Forest’s assault on the play-off attempts.

The dynamism of professional football is that it doesn’t lie, and indeed Darikwa’s pedigree is being reverberated loudest by the Red Army fanbase of Forest that felt disappointed by the coach’s decision to let him go and stick with Cyrus Christie who has proved to be the weakest defender in that position since his arrival.

Darikwa gave the current Aston Villa right back Matty Cash a good splendid competitive environment when they competed for the same position before being sold on a huge transfer fee.

Those two defensive wing-backs complemented their defensive duties crucially as the club always hovered around the top 6.

Cash had a better offensive play than Darikwa as the stats can confirm but, overally this was a healthy situation for both players, the fans and coaches who opened up to fairness for all players and instilled a high sense of competitiveness on the pitch.

Fans loved it and by reading their tweets one can easily pick their displeased sentiments as they openly comforted and applauded Darikwa for being a solid performer who played with his heart.

One fan questioned the coach’s decision, something that indicates the mixed reactions of the supporters when they look at the results on the ground as failing performers in defence are the first on the team sheet and Darikwa being shown the door for stats that are impressive against the first-choice current right back.

Dynamism in football is a huge factor and Darikwa has travelled the journey through since he was released from Forest at the age of 16, and he joined Chesterfield.

Darikwa rose from lower leagues right up to Premiership football, when he was bought by Burnley and they won promotion into the English Premiership some four years ago.

I first scouted Darikwa in 2009 when he was 16 years of age and had been released by Nottingham Forest’s academy.

He couldn’t get a youth scholarship with the club and he quickly joined Chesterfield where joined the first team straight away.

He started off as an explosive offensive winger who could play in both flanks and also as an attacking midfielder. His play as a youngster was direct, robust and full of fearless hard runs.

And I personally think that Darikwa will definitely do a great job for Wigan Athletic and also his recent form with the Zimbabwe senior national team will spur him to even show his class. We have some important games for the AFCON and World Cup qualifiers that will boost his match fitness. 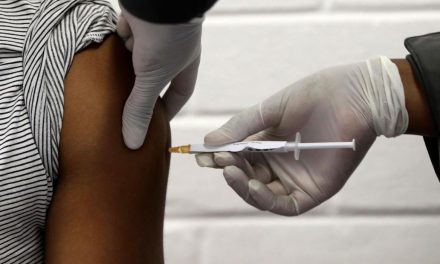 Nigeria: ‘I Am Laycon’ Will Stream in UK, France, Australia, 23 Other Countries – – Showmax