Filmmaker Leonard Chibamu has lauded the Government for supporting him during his expedition to participate in the Nollywoodetal second edition of content monetisation series.

Chibamu is a cross-disciplinary expert from finance to creative industry. He is a passionate filmmaker who directs LeoChi Media Consultancy, a company registered in Zimbabwe. He is also a writer, director and producer of the film sequel, “Zvoitwasei” and “Village Secrets”, a drama series that is showing on Zimbabwe Broadcasting Corporation Television.

Chibamu was on the panel of Nollywoodetal 2nd edition of content monetisation series with the theme “Content Monetisation: The Brand Placement Option” held virtually last month.

“I want to express my sincere gratitude to the Government for supporting me. Had it not been the hand of the Government, nothing would be possible,” said Chibamu.

“l recently participated in a webinar representing the country and Southern Africa on Nollywoodetal organised by African filmmakers on topic; ‘Content monetisation: Brand Placement’ where I got Government and corporate support.”

The discussion is now held quarterly and slated for September. Chibamu would be participating as part of the panel of African experts.

Chibamu said Zimbabwe was poised for a major trajectory on content creation.

“I acknowledge the pillar on funding, financing and investment in the cultural creative industry (CCI) policy as critical in the turnaround of our industry and soon banks and investors will flock to our industry.”

Chibamu advised his colleagues in the industry to adopt filmmaking as serious business.

He said plans were afoot to release a musical video he directed and produced, which would meet the dictates of Education 5.0 as espoused in the Vision 2030 championed by President Mnangagwa.

“I am releasing a musical video that l directed and produced for Runyararo Primary School. This is part of my contribution towards children’s content in support of the Government’s Education 5.0 and the Creative & Cultural Policy (2020-30).

“In the said policy, the Government invites the private sector to partner with the creative sector for sustainable growth. The school is part of my home community and l am proud to contribute positively to my home community,” said Chibamu.

Speaking on the sidelines of “Village Secrets”, Chibamu said the series would soon be aired on international channels.

“Meanwhile, l am marking the end of season 6 this coming week.

“If all goes well ‘Village Secrets’ will be screened internationally on the South African platform,” he said.

Africa: Can Tobacco Harm Reduction Make its Way Out of Controversy?

Africa: E-Commerce Start-Up Inalipa Rides the Year of Covid-19, Building Both a B2C and B2B Customer Base 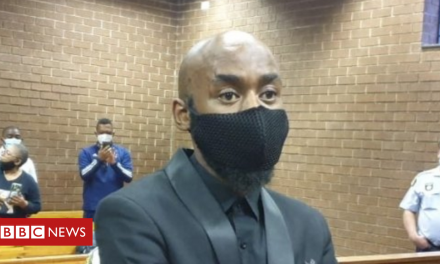