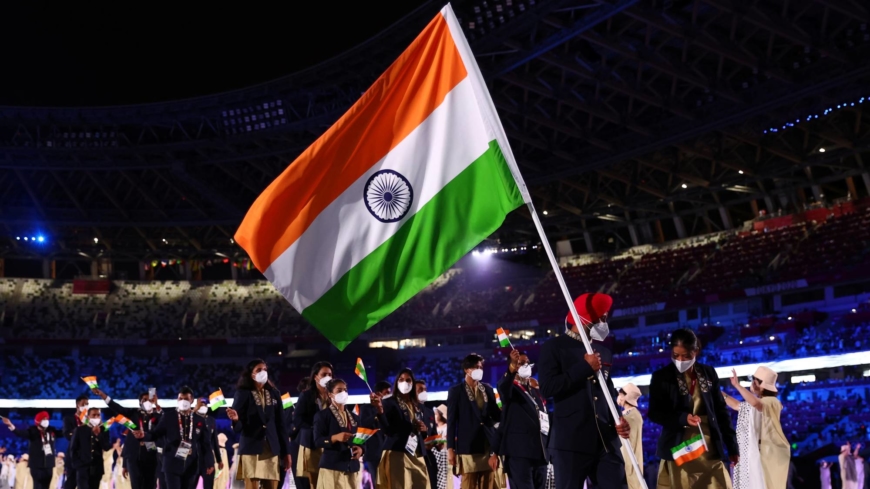 On Wednesday, in a sumo wrestling hall where women are not normally allowed to enter the ring, Lovlina Borgohain punched for all the girls out there. She jabbed for her far-flung home state of Assam, known for its fine tea but also for an armed insurgency.

But above all, she fought in the Olympic women’s welterweight boxing semifinal for India, the world’s second most populous country, which, even by the most charitable of calculations, is wanting in the Olympics. Aside from a string of men’s hockey wins generations ago, India has won only one other gold in its Olympic history, in shooting in 2008.

“I was 100% sure that I would come home with the gold,” said Borgohain, who spent eight years away from home to train, her father once picking tea to make a living.

Her opponent in Tokyo, Busenaz Surmeneli of Turkey, may have been a head shorter, but her footwork was light and her hits potent. Borgohain was overwhelmed, her lanky frame absorbing blow after blow, her hopes of serving as a gold-medal role model for millions of Indian girls dashed.

“What message can I give them?” she said. “I just lost my match.”

Borgohain is still assured a bronze, the third medal for India at these Games, after a silver in women’s weightlifting and a bronze in women’s badminton.

But every four years — in this case, five — the same questions are posed in India. Why is the country so bad at the Olympics? And does it even matter?

Prime Minister Narendra Modi, keen to raise India’s global profile, has decided that it does. After India’s substandard performance at the 2016 Games in Rio de Janeiro — one silver and one bronze — the government began funneling money to a sports bureaucracy that was underfunded for decades and stained by corruption. Private ventures stepped in, training elite athletes whose upward trajectory they might be able to harness. And state money has started to trickle to grassroots sports, too.

“Now the government is trying hard to change the sports system,” said Vijay Sharma, a weightlifting coach who has worked with Tokyo silver medalist Mirabai Chanu for seven years. “But they have to do a lot. It’s a long journey they have to run.”

Abhinav Bindra, India’s only Olympic gold medalist in an individual competition, said that the sports environment today is different from when he won the 10-meter air rifle competition in Beijing. When he competed in the shooting nationals as a youth, there were 200 entrants, he said. These days, the competition draws 20,000, plus another 20,000 who did not make the cut. Eight members of the Indian shooting team in Tokyo, he noted, have been world No. 1s or 2s in their categories.

“It could be the start of a new era in Indian sport,” Bindra said.

So far, though, Tokyo has been the same field of disappointment for India. Ravi Dahiya, competing in men’s freestyle wrestling, is guaranteed at least silver after winning a semifinal bout Wednesday, and a male javelin thrower is still in contention, too. The women’s hockey team advanced to the semifinals for the first time but after a loss Wednesday must now battle for bronze, just like their male counterparts. The archers missed their mark. A discus thrower came in sixth. And the much-vaunted shooters failed to follow in Bindra’s footsteps. None got close to a medal.

Not everyone in India is convinced that the country needs to measure its national self-worth in Olympic medals. India, they say, is already a sporting powerhouse, just not in pursuits that are in the Olympics.

Cricket, by far the most popular pastime in India, boasts a lucrative domestic league, and the country soars in the sport’s top international echelons. Sports promoters have also unveiled a professional league for kabaddi, an ancient South Asian form of group tag in which players must occasionally chant the word “kabaddi” over and over. (The vocalization is aimed at ensuring that players are exhaling while on the offensive.)

The fact that Indian sports viewership is focused elsewhere for all but a few weeks every four years has not diminished the frustrations of Tokyo. The rush of funding before the Games raised expectations of gold. Indian sports officials showed off the 127-member Olympic delegation, which was the country’s largest, youngest and most decorated to date.

For Indian Olympians, though, the weight of a nation’s expectations has been crushing, particularly after competition was stilled for months because of the coronavirus pandemic. A 19-year-old Indian shooter, who had been pegged for a possible medal in the air pistol, admitted that the burden to win distracted her in a sport where concentration is paramount.

In archery, Atanu Das had written the word “calm” on his hand as he competed in the 1/8 elimination round over the weekend. He lost. The day before, his wife and fellow archer, Deepika Kumari, did not advance past the quarterfinals, despite being the world No. 1.

“Maybe we took this Olympics too seriously, the Indian contingent,” Das said. “We forgot to enjoy our shooting or our skill.”

India’s archers used to train in obscurity. The new Olympic push has brought them sudden fame, along with months of free training at an army sports camp. The attention was overwhelming, athletes said.

“This is the pressure, inside your head all the time,” he added.

Bindra, the Beijing 2008 gold medalist, said that his success was rooted not in state support but in family wealth. His father built a world-class shooting range in their home in the northern city of Chandigarh. Then he topped it up with a swimming pool and a gym so that his son could build his muscle. At the time, the only comparable shooting range was in New Delhi.

Viren Rasquinha, a former captain of the Indian hockey team, is now chief executive of Olympic Gold Quest, a nonprofit group founded by former top-flight athletes to promote the next generation of talent.

While Rasquinha said that the national sports authority has shed some of its lumbering, graft-ridden reputation, creating an ecosystem of coaches, training facilities, infrastructure and equipment takes time.

In recent years, the country’s most powerful crop of Olympians has come from a narrow neck of land in northeastern India, where ethnic minorities live in the shadow of the Himalayas. These states, Manipur and Assam, are home to insurgent movements fighting for autonomy from the Indian state. Because of their ethnicity, people there often face discrimination.

“Rural youth have the passion and fire in the belly, which is missing among the students in the cities,” said Rasquinha, whose group has funded some of these athletes.

Mary Kom, a light-flyweight boxer from Manipur who captured bronze at the 2012 Games in London, said she has long faced prejudice from Hindu nationalists who say that as a Christian, she is somehow not truly Indian. There are also racist whispers, some not so quiet, that people from the Himalayan foothills are more martial than others in India and that is why they make good boxers.

Kom has six world championships to her name. She was the first Indian woman to earn an Olympic medal in boxing. After London, she gave birth to another baby. She and her husband now have four children, who she said “are always wanting different food that I cook for them.” So she cooks. She also won a seat in Parliament. A biopic starring Priyanka Chopra Jonas was made about her.

“Manipuri people, we have a fighting spirit, especially women,” said Kom, who grew up rationing meals to save money for a pair of sneakers.

Kom galvanized a generation of Manipuri athletes, including Chanu, the weightlifter, who won silver in the 49-kilogram class in Tokyo.

“From now, India will do well in the Olympics,” Chanu said. “Young people will see me, and they will be inspired, just like I was with Mary Kom.”

Last week in Tokyo, Kom, who at 38 years old qualified for Tokyo after not making it to Rio, was eliminated in a split-decision fight. Despite her first-round loss and official age limits for Olympic boxers, she said she was aiming for the Paris Games in 2024.

“Manipuri women have extra energy,” she said. “Don’t say we are finished yet.” 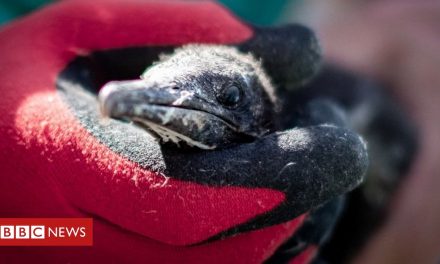 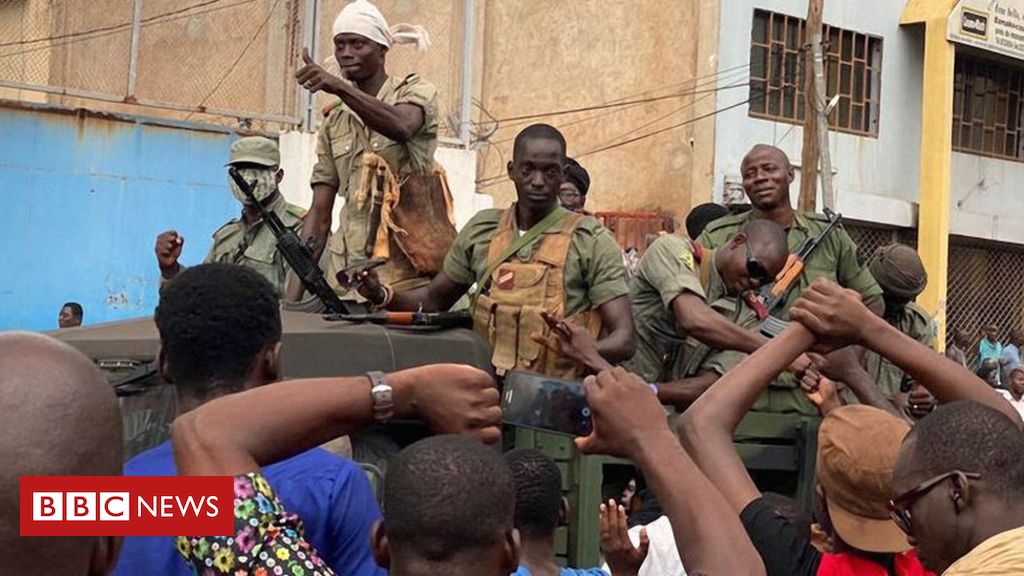