New football organization Jean Sseninde United Limited started registration of players to their academy – one of their six arms – yesterday, as they set out to make their own contribution in order to professionalize the women’s game.

The organisation was launched, virtually via Zoom, yesterday by renown female footballer Jean Sseninde to “change the conversation through our actions and set a standard of where the women’s game should be.”

The academy, which will headline on pitch football activities for the next two years until the senior women’s team nicknamed ‘Red Ants’ is formed in 2024, will focus on the U10s, U15s and U17s.

Some of these children have already worked with Sseninde through her development camp and outreach programs that have run for the past six years.

“For now, we cannot train because of the lockdown but we shall be able to get all the girls back to training in 2022.

We also not setting any limits on the new registrations so we can have as many as possible registering,” Sseninde said in the engaging Zoom press conference that lasted about an hour.

This academy’s first draft will make the bedrock for the formation of the senior team that Sseninde wants to turn into a continental giant by 2029.

Their symbol; a red ant on a green background with two yellow shining stars on either side is supposed to represent the vision.

The ant symbolizing the strength that comes from unity and moving together in the same direction while for the stars depict “my wish to see that every girl who joins us goes on to shine and that we become the number one football club on the continent.”

Sseninde’s company will also have an agency and consultancy that will help her tap into her connections to forge a secure future for some of her clients. And a sports events company to promote the game. 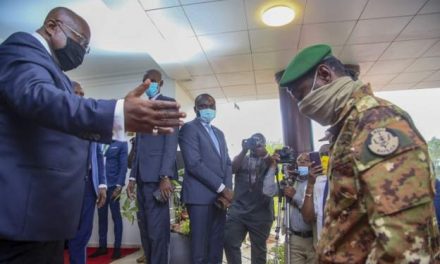 Kenya: Banks Differs With Kenyan Socialite Promoter in Cash Fallout in Yet Another Concert