U.S. Marines use Japanese language during drill to improve ties with SDF 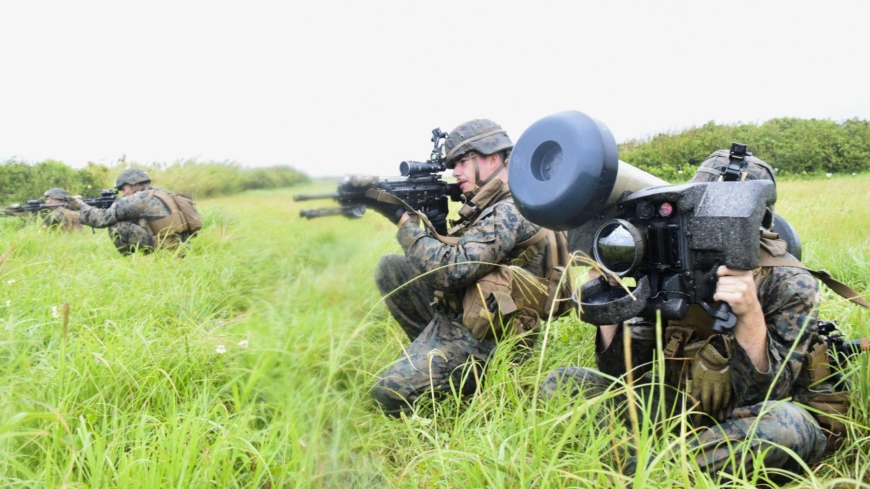 NAHA – The U.S. Marine Corps have held a drill in Japan with orders given in Japanese for the first time, according to the troops, in a move aimed at enhancing their partnership with the Self-Defense Forces.

Although it remains unclear whether the Marines will interact in Japanese during actual operations, use of the language in Marine training suggests Washington is attempting to engage Japan’s Ground-Self Defense Force in new operations involving remote islands, according to an SDF source.

In a Marine exercise on April 29 at an airfield on Ie Island in Okinawa Prefecture, a Marine is confirmed to have directed other members in Japanese to move a rocket and fire it while pointing at a spot on the map.

The exercise was part of the Marines’ new Expeditionary Advanced Base Operations, or EABO, in which troops practice securing a base for an attack on an island.

“We would very much like to increase our partnership and interoperability,” said Capt. Brett Hermanson of the U.S. Marine Corps.

The U.S. Marines said, “They are learning and practicing Japanese phrases that will help them share information at the tactical level on the battlefield with their Japanese counterparts to help us fight together as an integrated force.”

Meanwhile, a Japanese government official said the move is believed to be part of an “appeasement policy” under which the Marines aim to involve the GSDF in new operations by showing their pro-Japan attitude.

Even though EABO does not specify any particular locations, a U.S. military source said the EABO training “could be tied to the defense of the Senkaku” Islands in the East China Sea — uninhabited areas controlled by Tokyo but claimed by Beijing, which calls them Diaoyu.

The SDF source said that whether Marine units deployed to battle areas can ensure a supply route is a key factor in EABO drills, and the U.S. wants Japan’s GSDF to provide logistical support.

In May, the Marines held a symposium on EABO with the GSDF in Shizuoka Prefecture. The U.S. military source expressed willingness to hold more drills in Okinawa with the GSDF.