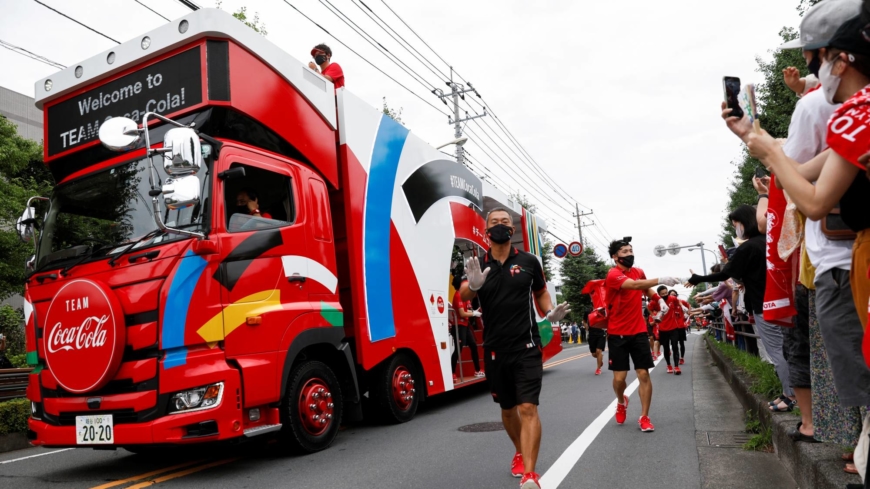 The Tokyo Metropolitan Government said Tuesday it will also take the Olympic torch relay off public roads in the second half of the 15-day leg passing through central districts of the capital due to a resurgence of coronavirus infections.

With the decision, the Tokyo relay leg, set to begin Friday, will be held without roadside spectators in almost all areas except small islands, as uncertainty grows over how the coronavirus pandemic will affect the Olympics that are set to open in roughly two weeks.

On Tuesday, Tokyo reported 593 new cases of the virus, exceeding the number logged a week earlier for the 17th straight day.

The metropolitan government last week said the relay will be taken off roads, excluding Tokyo’s small islands, for the first eight days. It will hold an event on Friday morning to celebrate the arrival of the flame.

Despite repeated insistence by organizers that they will hold a “safe and secure” games amid the pandemic, the recent rebound has fanned skepticism among people in Japan about going ahead with the Olympics.

The nationwide torch relay started in the northeastern prefecture of Fukushima in late March. It was initially scheduled to involve 10,000 runners carrying the flame on public roads in all Japan’s 47 prefectures in an effort to build enthusiasm for the games.

Africa: Prices of Several Staples Up to Multi-Month Highs