Tokyo Olympics may be held without spectators, says Suga 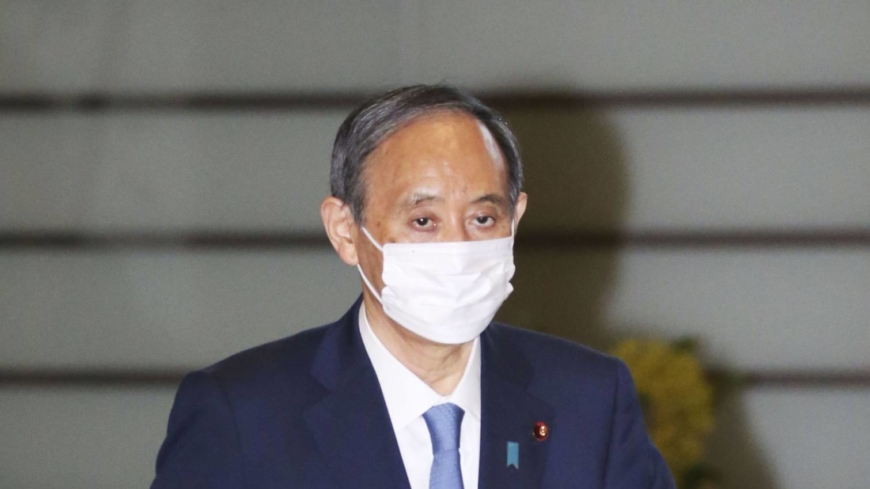 The Tokyo Olympics may be held without spectators depending on the COVID-19 situation in Japan, Prime Minister Yoshihide Suga reiterated Thursday amid growing concern that the games starting this month may trigger a surge in infections.

“I’ve said before there is a possibility of there being no spectators,” Suga said when asked by a reporter whether fans would be allowed at the venues. “In any case, we will act with the safety and security of the Japanese people as our top priority.”

Suga said any decision will be made by consensus among the five organizers including the Tokyo metropolitan government and the International Olympic Committee.

The leader of Komeito, the smaller party in Japan’s ruling coalition, said earlier in the day that barring spectators from the Olympics should remain an option.

The remarks by Suga and Komeito’s Natsuo Yamaguchi come as Suga mulls whether to extend a quasi-state of emergency covering the capital and surrounding prefectures, with less than a month until the games begin.

“I’ve said we need to be on the lookout for a rebound in infections, and that’s exactly what we are seeing now,” Yamaguchi told reporters. “I hope the government will remain open to the possibility of there being no spectators, and inform the public of any decisions in a timely manner.”

While Suga’s top COVID-19 adviser, Shigeru Omi, and other infectious disease experts have said holding the Olympics and Paralympics without fans is the “safest option,” organizers have agreed to fill venues to 50% capacity, with an upper limit of 10,000 spectators.

The attendance cap is contingent on Tokyo and other prefectures where the games will be held exiting the quasi-state of emergency, currently due to expire July 11.

Yamaguchi said the government should decide whether an extension is necessary after consulting with experts.

On Wednesday, a health ministry panel warned that it had “strong concerns over the resurgence of infections” especially in Tokyo and nearby prefectures.

The panel noted that the movement of people in the Tokyo metropolitan area has been on the rise, saying that “thorough measures are necessary, especially in Tokyo,” amid fears of a rapid increase of infections due the spread of the highly contagious delta variant.

An estimate from the National Institute of Infectious Diseases showed that the delta strain, first identified in India, is likely responsible for around 30% of coronavirus infection cases in the Tokyo metropolitan area as of the end of June.

Another estimate showed that the number of daily new infections in the region may exceed 1,000 by mid-July, just before the Olympics opens on July 23.

The institute also predicted that the occupancy rate of hospital beds for severely ill COVID-19 patients will remain below 50% if a fresh state of emergency is declared when Tokyo marks 1,000 daily infections, regardless of the effects of the delta variant. However, the occupancy rate will likely top 50% and potentially exceeds 100% if a state of emergency is not declared until Tokyo sees 2,000 cases per day.

Japan Medical Association President Toshio Nakagawa on Wednesday warned that a rebound in coronavirus infections has already begun in the Tokyo metropolitan area.

“If a state of emergency becomes necessary again, its declaration should be done swiftly while the lifting of the measure should be done slowly and carefully,” Nakagawa said.

Africa: Be Afraid! Extremist Groups Have a Grand Terror Scheme for Africa