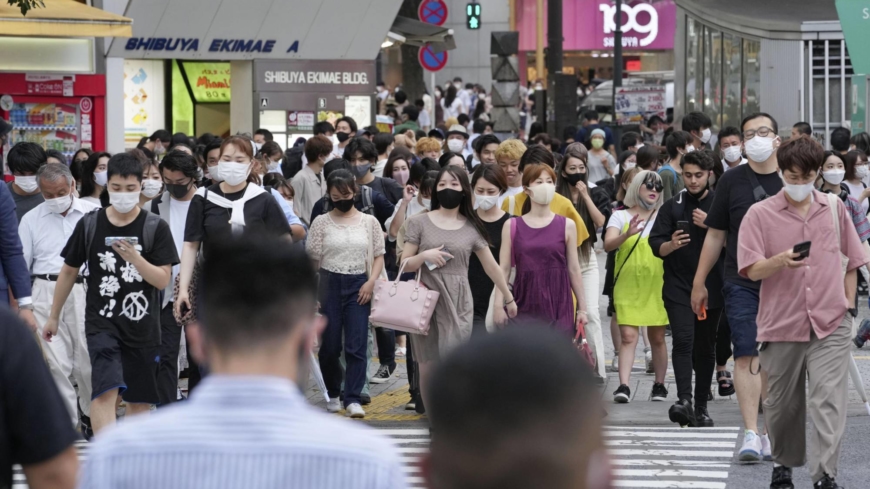 Tokyo reported 1,308 new COVID-19 infections on Thursday, the most in the capital since Jan. 21 and above the 1,000 mark for a second straight day.

The figure in the capital, which comes three days after Tokyo was placed under its fourth COVID-19 state of emergency and just over a week before the July 23 start of the Olympics, hit 1,149 cases on Wednesday. Last Thursday, the capital reported 896 cases, highlighting the continued growth of cases in Tokyo.

New infections in Tokyo averaged 882.1 per day in the week leading up to Thursday, compared with 663.6 the previous week. The number of severely ill COVID-19 patients under the metropolitan government’s criteria rose to 57 from 54 a day earlier.

With the emergency, which went into effect Monday and is set to last until Aug. 22 — a period that will cover the duration of the Tokyo Games — the government is aiming to curb the movement of people during the global sporting event as well as the summer vacation period including the Bon holiday in mid-August.

“Effects from the coronavirus state of emergency for Tokyo are expected to emerge late this month,” a metropolitan government official has said.

On Wednesday, 3,194 new infection cases were reported across Japan, the first figure above 3,000 since June 2. New COVID-19 fatalities came to 20 across the country, bringing the cumulative death toll to over 15,000. The nationwide number of severely ill coronavirus patients fell by 12 from Tuesday to 412.

Africa: As AfCFTA Takes Off…