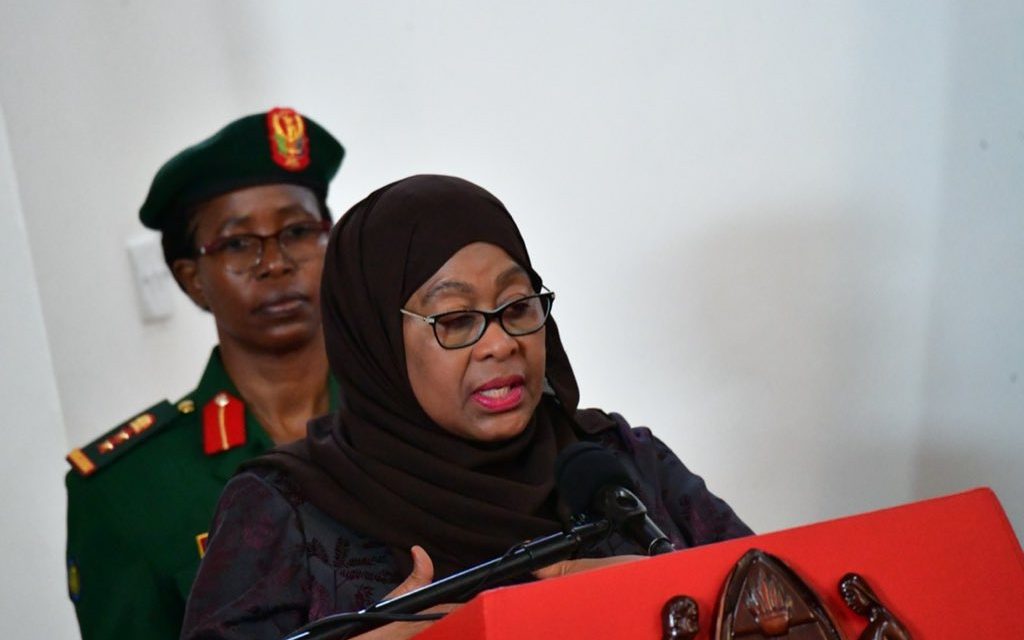 Deusdedit Kakoko has been suspended after an audit report showed an embezzlement of government funds at the state corporation.

This is her first key decision of President Samia since assuming office after the death of John Magafuli.

She has expressed concern that the ports authority had not accounted for about four billion Tanzanian shillings ($1.8m; £1.3m).

President Samia has also warned that action would be taken against other state corporations, including Air Tanzania, which reportedly made a loss of 60 billion shillings ($26 million).

She said on twitter that she had “received reports for the financial year 2019/2020 from the Controller and Auditor General (CAG) and the Institute for the Prevention and Combating of Corruption (PCCB). I have directed that action be taken and immediate action taken against all the advice and shortcomings identified in the reports.”

The auditor general’s report indicated that the revived national carrier had been making losses for the past five years.

The action comes just two days after the burial of the former President John Magufuli known for his campaign against corruption in government.

Kenya: Street hawker dragged on road for not giving bribe

Africa: A Pact of ‘Pariahs’ Rattles Their Neighbourhoods

Africa: Streaming a Message – Flipflopi to Sail Across Lake Victoria in Another Historic Journey

Africa: What We Can Learn From Covid-19 and Anti-Corruption Strategies in Africa