Tanzania Football Federation (TFF) to entertain inclusivity whenever they want to make decisions of public interest in order to acquire contributions from many people.

This was said over the weekend by a renowned football analyst Ally Mayay when reacting to the federation’s recently held Elective General Assembly in Tanga which produced new leaders for the next four years.

“The good thing about football all over the world is that it is run through inclusive format dating back from the establishment of FIFA in 1912 as such, this system involves many stakeholders who add their inputs.

“Even the members who casted their votes in the just ended elections represented views of many people who are not eligible to vote,” Mayay who was dropped from the TFF presidential race said.

He continued: “The biggest thing is for the federation to facilitate inclusivity when making critical decisions so that they should get views of many people before jumping into conclusions.”

Moreover, the former Taifa Stars skipper requested the elected zonal members to always put first public interest in a move to propel football development for the benefit of the whole country.

Again, Mayay said since the new leaders of the federation have been found, it is their duty to make sure that they cooperate well with all available stakeholders especially those concerned with football.

“Democratically, election is one of the steps towards development and upon getting the new leaders, we have the obligation to work hand in hand with them so that we attain national prosperity in football circles,” he said.

On his part, TFF president Wallace Karia called on people to like football and not teams while insisting that some people have had negative impression of the federation.

“For us, we will continue to do our works in a transparent manner purposely to drive further the country’s football programs and there are many good things coming up,” Karia noted.

In his remarks, the federation’s Vice President Athumani Nyamlani vowed to do their works with integrity to meet demands of all Tanzanians.

“To retain reputation of the federation has always been our top priority that is why we are now able to receive funds from various stakeholders because they have trust with our leadership.

“In view of this, the issue of responsibility will be highly entertained throughout the upcoming four years for the sake of benefitting our football which is now growing up,” Nyamlani said.

Africa: Why Being Endowed With Oil Is Not Always a Boon – the Case of Nigeria and Angola

Nigeria: #BBNaija 2020 – Kiddwaya Roots for Laycon, Says He Sees Potentials in Him 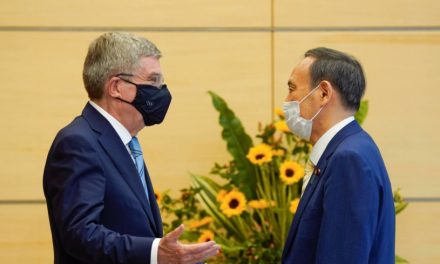