Tanzania: Tawiri Carries Out Researches in Reserves to Boost Tourism


TANZANIA Wildlife Research Institute (TAWIRI) is carrying out researches in four national reserves in the southern zone to boost tourism.

The researchers are part of the implementation of the Resilient Natural Management for Tourism and Growth (REGROW) project aimed at boosting tourism and people’s incomes.

TAWIRI Director General Dr Eblate Mjingo said the REGROW project, under the Ministry of Natural Resources and Tourism, is focusing at boosting tourism, improving management of the natural attractions and incomes of the villagers surrounding the national reserves.

He said the project is expected to cost about 2 million US dollars in government loan from the World Bank with TAWIRI getting one per cent of the funding for research activities.

Initial activities in implementing the action research project started in 2018/19 and the researches are expected to be completed in 2023.

The TAWIRI’s head was speaking at a ceremony a day before the researchers were dispatched to the national reserves including Mikumi, Udzungwa, Nyerere and Ruaha for the implementation of the project.

Dr Bukombe John, Senior Research Officer and REGROW project focal point at TAWIRI, said the aim of the research is provide informed advise on how to improve policy and various strategies in managing well wildlife conservation in order to boost tourism and identify new attractions within and outside the reserves.

He said the researches will also lay down some measures that will help to address conflicts between the people living near wildlife areas and find ways to boost incomes of the villagers in the respective places.

The research will among other things identify the number and movement of wild animals including lions, elephants, leopards, mules and other natural attractions that are in a risk of disappearing.

“We have started and still continuing with the researches in the respective sites and we will prepare a map depicting wildlife attractions in order to hook more tourists,” he said noting that many tourists visit the attractions after being assured of indeed finding attractions for full enjoyment.

Dr John emphasised that the main objective of the researches is to provide informed advice on how to improve wildlife conservation in order to boost tourism and income of the villagers surrounding the natural attractions.

On his part, Dr Wilfred Mareale who is conducting research at Mbatwa in Udzungwa, said after the research they will prepare various journals and fliers to be distributed within and outside the country showing the uniqueness of the country’s attractions. 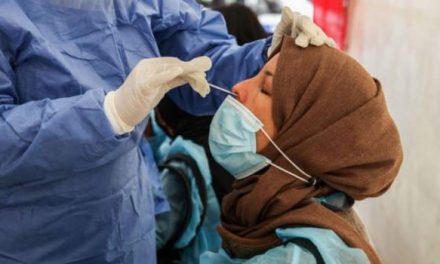 Kenya: I Fainted for Wearing a Waist Trainer 24/7 – Amina Abdi