It will be explosive traditional derby once again at Amaan Stadium in Zanzibar when Simba and Young Africans meet for the second in Mapinduzi Cup final tonight.

The teams first met in the Mapinduzi Cup a decade ago in 2011 and Simba emerged victors. Simba have won the event twice while Yanga have won once during the tournament’s inauguration in 2007.

The stage has already been cleaned for the sparkling finals to take place and once again, the glittering trophy is crossing the Indian Ocean back to the Mainland side after teams from Zanzibar failed to seize it despite showcasing a thrilling showpiece.

All four teams from the Isles which were picked to compete in this year’s Mapinduzi Cup episode could not manage to make it to the last four hence giving their opponents from the Mainland side to dance to their lyrics.

It was not an easy task though to outclass the Zanzibar origin outfits like Malindi, Chipukizi, Jamhuri and Mlandege who put on spirited fights to reach far but, in the end, it was simply a bad day in office for them.

However, both Simba and Yanga have sailed to the finishing line without succumbing to any defeat in all their three matches they played as such, they face off with 100 percent record.

For Yanga, they had to wait for the post-match spot kicks to book a ticket for the final following a 5-4 win over resilient Azam FC.

Second choice goalkeeper Farouk Shikalo had to save two shots to navigate his side into the Promised Land no wonder his performance was brilliant throughout the tournament.

“I want to thank my coach for his trust in me to play in the Mapinduzi Cup. I believe that I have done a good job today (Monday) which has pleased him and I will continue to fight hard for my team,” said the Kenyan import shot stopper.

His counterpart for Azam Wilbow Changarawe who was substituted in the late minutes of the match for David Haule with the latter introduced specifically to take charge of penalty shootouts said what he did was what God wanted him to do on the day.

“I will carry on to work hard whenever I get a chance to play in competitive games since that is the only thing which can take me to where I want to reach,” said the young goalkeeper who has won trust of coach George Lwandamina.

To the side of Simba who overpowered Namungo 2-1 to venture into the finals, Meddie Kagere who has captained his team in the tournament lauded good teamwork for the triumph.

“For us, facing Yanga is a derby hence we just need to do thorough preparations in order to win the trophy in the end,” said Kagere who pumped in the first goal before Miraji Athumani added the second for the Reds.

His colleague for Namungo Sixtus Sabilo said Simba were a luck team on the day as they used well the chances they made to score two goals. 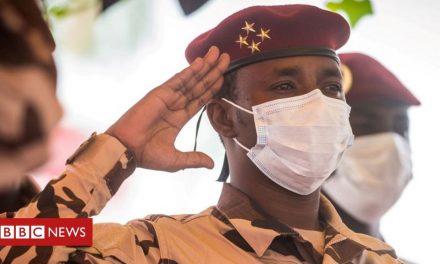