According to sources from within the multi-billion dollar sector, the country is now set to receive many foreign tourists, some of whom had earlier cancelled their visits due to Coronavirus protocols that have greatly affected the world socially and economically.

The positive trend comes after President Samia said her government would intensify measures against the pandemic, while calling for precautionary moves in all spheres.

Most importantly, the President’s move to form a special committee to look at the issue and accordingly advise the government, has been highly commended by tourism stakeholders.

Recently, the Committee presented its report to the President. And in the wake of the report, the Tanzania Association of Tour Operators (TATO) has come out to convey a message of great optimism, with huge confidence of rejuvenation in one of the important sectors in the country’s economy.

TATO Chairman, Mr Wilbard Chambulo, noted that as the Committee led by Professor Said Aboud presented its report to President Samia at the State House in Dar es Salaam on May 17th this year, the tourism sector received a huge boost and it looks forward to receiving many foreign visitors.

In her remarks in April, President Samia said that Tanzania was not an isolated country hence it had to go with others.

She then formed a Special Committee that looked at the whole issue and came up with at least 19 recommendations.

President Samia has also spoken about tourism in the past, saying that during the Covid-19 pandemic Tanzania stood out from almost all other countries, with the East African nation receiving many foreign tourists because other parts of the world were under lockdown.

However, President Samia insisted, it was necessary to assess the situation and come out with findings about how the country could go about in the future, so that the tourists maintain trust in Tanzania and come back more.

The World Health Organisation (WHO) has since welcomed Tanzania’s Covid -19 Committee’s recommendations.

WHO Regional Director for Africa, Dr Matshidiso Moeti, said this week that WHO is committed towards helping countries end the Covid-19 pandemic.

President Samia welcomed the recommendation of the Special Committee to intensify Tanzania’s response to the Covid- 19 pandemic.

However, the president warned that the country would not be receiving everything brought to it.

TATO’s Chambulo said that the report has had great and positive effect in the sector that has been widely affected worldwide, noting that there are good tourism business prospects now, adding that what is pertinent now is implementation of what is included in the report.

“You know, when the report was out, we had time to share it with our foreign tourist agents in different countries and it was like opening them up again and restoring trust in us, trust in Tanzania, so the bookings are now on and they will be flocking in,” said Mr Chambulo.

Mr Chambulo said the report has been issued at an opportune time as Tanzania is gearing towards tourism season (high season) this June that goes on until sometimes in October and beyond.

TATO Board of Directors’ member Ms Francisca Masika noted that among tourists making bookings are the ones who had cancelled or postponed their visits during the Covid-19 stretch.

“Those who had cancelled or postponed their tourism in Tanzania due to Covid-19 are now back in the booking records; they have decided to come to Tanzania.

They contacted us and said that now we are in the right direction and they are ready to come. We commend President Samia for her right moves,” said Ms Masika.

The high season is normally from June to October when wildlife viewing is generally at its best.

The wildebeest migration in the Serengeti is usually during June and July and the time to see the wildebeest calving is late January to February. 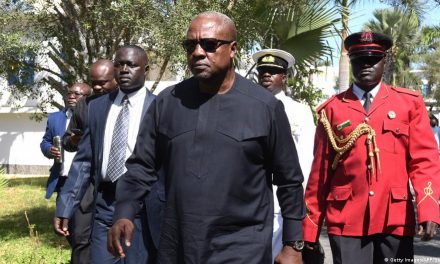