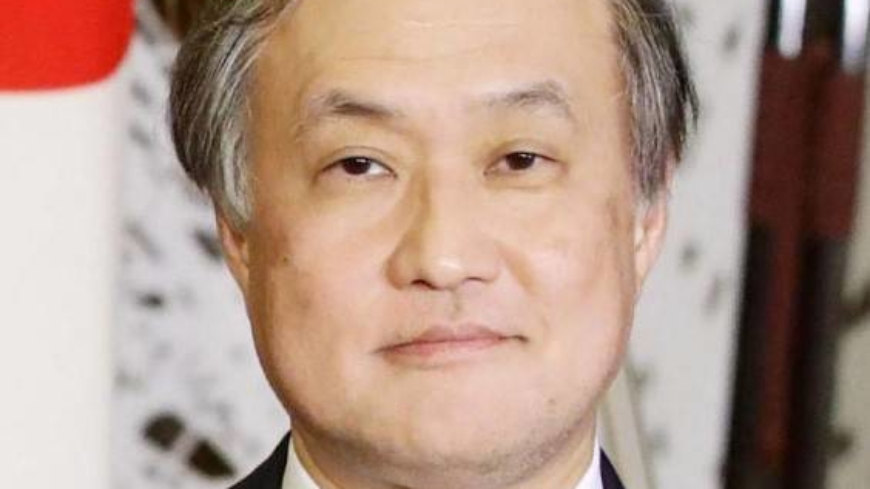 The government decided Tuesday to appoint former Vice Foreign Minister Takeo Akiba as secretary-general of Japan’s National Security Secretariat to succeed Shigeru Kitamura who is stepping down for health reasons.

The 62-year-old Akiba, a close aide to Prime Minister Yoshihide Suga and his predecessor Shinzo Abe, will take the post of the nation’s top security adviser on Wednesday.

Akiba will be responsible for beefing up the country’s alliance with the United States and forging a stable relationship with China, amid escalating tensions between Washington and Beijing.

He will also work on improving chilly relations between Japan and South Korea.

After joining the Foreign Ministry in 1982, Akiba served as vice minister between January 2018 and June this year.

Speaking at a news conference, Chief Cabinet Secretary Katsunobu Kato said, “As (Akiba) has a wide range of work experience at the Foreign Ministry, he is just the right man for the job.”

The personnel change will see a diplomat in the post for the first time since Shotaro Yachi, a former vice foreign minister who became the first head of the secretariat in 2014 before stepping down in 2019.

The secretariat assists the National Security Council, which was launched by Abe in 2013 as the command base for Japan’s foreign and security policies. Under Abe’s administration, the prime minister’s office spearheaded matters of diplomacy.

Kitamura, 64, a former National Police Agency official, served as an executive secretary to Abe during his first stint as prime minister from 2006 to 2007 before becoming the head of the secretariat in September 2019, replacing Yachi.

In December, Kitamura was awarded the Department of Defense Medal for Distinguished Public Service by the United States for his contributions to strengthening the bilateral alliance and regional cooperation under the vision of a Free and Open Indo-Pacific.