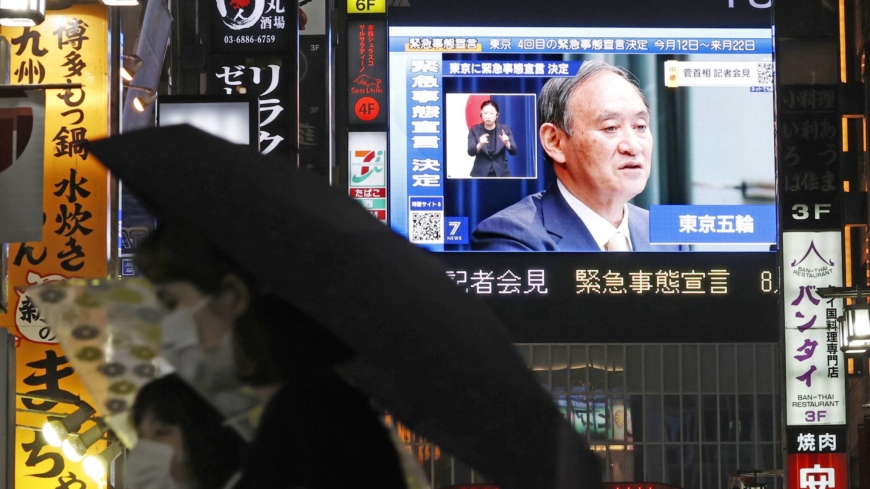 The figure, down 3.8 percentage points from June, is the first reading below 30% for a Japanese Cabinet since July 2017, when the Cabinet of then-Prime Minister Shinzo Abe was grilled over a favoritism scandal involving school operator Kake Gakuen, headed by a friend of Abe.

Prime ministers are said to face danger if their Cabinets approval rates slide below 30%.

The disapproval rate rose 5.6 points to 49.8%, the highest level for Suga’s Cabinet, according to the survey, conducted between last Friday and Monday.

On July 8, the government decided to declare its fourth COVID-19 state of emergency for Tokyo. Later, its attempt to put “pressure” on bars and restaurants that defy a government request to stop serving alcohol in the emergency areas drew criticism.

The approval rate for the Suga Cabinet hit the lowest level apparently because of continued restrictions on daily lives amid the pandemic and concerns over the Tokyo Olympics, set to kick off on July 23.

The previous low for his Cabinet was 32.2%, marked in May, when the government decided to extend its third COVID-19 state of emergency and expand its scope.

In the July survey, the proportion of respondents who negatively rated the government’s response to the virus crisis grew 4.0 points to 59.1%, while that of those who supported the response fell 0.5 point to 22.7%. Respondents who answered neither or said they do not know accounted for 18.2%.

Of all respondents, 71.5% said that the pace of the nation’s COVID-19 vaccination program, branded by Suga as the trump card in the fight against the virus, has been slow, far exceeding 17.7% who said the program is steadily moving forward, while 10.8% answered neither or said they do not know.

With multiple answers allowed, 12.1%, the largest group of respondents who approved the Suga Cabinet, said that there is no other suitable person as prime minister, followed by 7.8% who said they trust Suga and 4.4% who support the Liberal Democratic Party, which Suga leads.

Among those disapproving of the Cabinet, 27.7%, the largest group, said they expect nothing from Suga, followed by 25.3% who cited his lack of leadership skills and 18.4% who had a low opinion of his policies.

The support rate for the Liberal Democratic Party fell 1.4 points to 21.4%, while that for Komeito, the ruling party’s coalition partner, dropped 1.2 points to 2.5%.

The approval rate rose 1.6 points to 4.5% for the main opposition Constitutional Democratic Party of Japan. The figure is the highest for the CDP since the March survey, in which the rate stood at 4.8%.

The support rate came to 2.0% for Nippon Ishin no Kai, 1.8% for the Japanese Communist Party, 0.5% for the Democratic Party for the People, 0.3% for Reiwa Shinsengumi, 0.2% for the Social Democratic Party and 0.1% for Arashi no To.

The proportion of respondents supporting no particular political party stood at 63.9%.

The interview-based survey covered 2,000 people aged 18 or above across Japan. Valid answers were given by 62.9% of them. 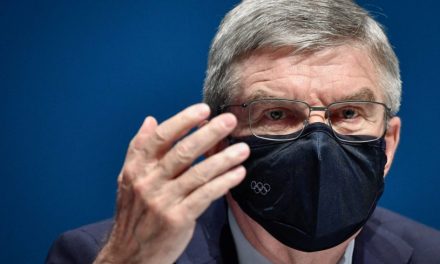 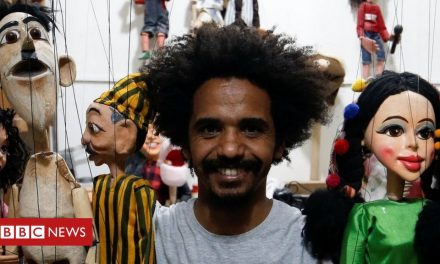 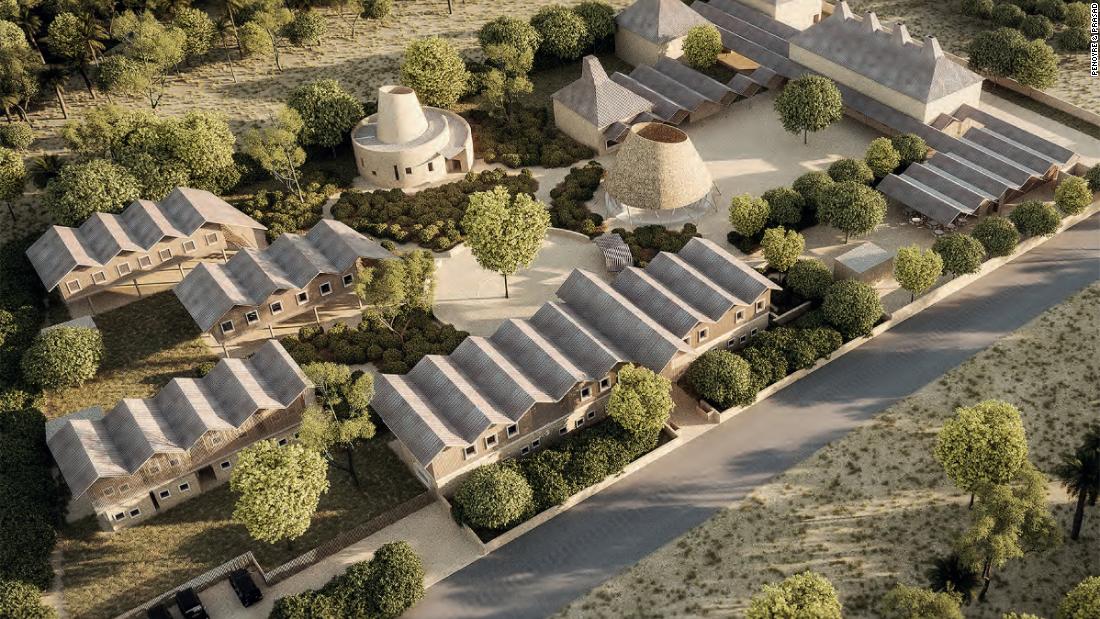 The story behind The Gambia’s first cultural academy