Omdurman — Much of the restoration work on the historical Khalifa House Museum (called Bait Alkhalifa Museum in Arabic) has been finished and the monument is now open for visitors.

The restoration work is funded by the British Council, with supervision from International Centre for the Study of the Preservation and Restoration of Cultural Property and the Sudanese Antiquities and Museums Corporation.

The Museum is a destination of foreign tourists. It is also a place where Sudanese meet whenever nostalgia arises for their past which is replete with the heroic deeds of their forefathers.

It was in this house that the Mahdist State, that extended to Darfur in the West, the Red Sea in the East, Bahr Alghazal in the South and northwards to the border with Egypt, used to be run in the late 19th Century. After driving the foreign rulers out of the country, the Mahdists took the reins for 14 years, after which the country was re-occupied by Britain and Egypt.

Imam Mohammad Ahmed Almahdi ruled for a few months after which he died of typhoid on 22 June 1885, shortly after he conquered Khartoum, the same year.

Then he was succeeded by Khalifa Abdullahi Alta’ayshi who ruled the country until Sudan was re- conquered by the Anglo -Egyptian Army and the Khalifa himself was martyred on 24 November 1899.

The Khalifa House occupies an area of 3500 square meters. At first it was just a shack. Then it developed into a two-story building. This phase was constructed by the Mahdi’s follower Hamad Alnoor under the supervision of Italian engineer, Mr. Petro, starting in 1887.

The House sits within an area surrounded by important locations and historical sites: It neighbors the Khalifa Abdullahi Mosque to the East and the Mahidi’s Tomb to the North. It is surrounded by the Mahdia’s Government offices, including the Treasury, the armaments silos, the houses of the Mahdi’s lieutenants (almulazmeen), the Abdelqayyoum Gateway (what remained of the wall the Khalifa built around Omdurman), the Alsayir prison, which is still doing the same function as Omdurman main prison, and other historical places.

Alkhalifa Abdollahi was born in Umdafoug village of the now Southern Darfur State in 1864. As a child he grew up in the mosque of his religious forefathers. His father taught him Quran, Islamic jurisprudence and Arabic.

When Imam Mohammad Ahmed Almahdi called for Jihad against foreign rule, he joined him and became one of his most faithful followers, playing decisive roles in the Mahdi’s revolution and its battles against the colonial forces.

In 1928 the Khalifa House was turned into a museum through the good offices of Mrs. Barambal, wife of then Omdurman British commissioner. Being an artifacts expert, Mrs. Barambal suggested to her husband to turn the house into a museum embracing the artifacts of the Mahdist Revolution, as the first museum to be set in the country.

The Museum is seen as the memory of Sudan that documents the victories of the Mahdist Revolution against the Turkish Ottoman occupation in which the Sudanese worriers used the traditional weapons of spears and swords, in the main.

The Museum contains costumes of the Mahdi soldiers (the Ansars), in addition to a collection of historical reports, correspondences, the Mahdist banners, some clay and stone pottery and artifacts and currencies from the ancient Sudanese kingdoms.

It also houses a collection of rare artifacts from the Turkish rule, including pistols and vehicles.

The museum also contains rare artifacts such as coins, the first printing press to be used in Sudan which was brought by the invading Turks in 1821 and which the Mahdist rulers kept and used after they regained Sudan from the Turkish occupiers. 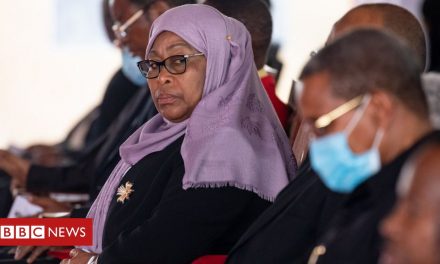 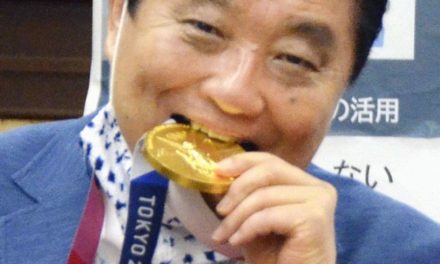 Olympic gold medal bitten by Nagoya mayor to be replaced