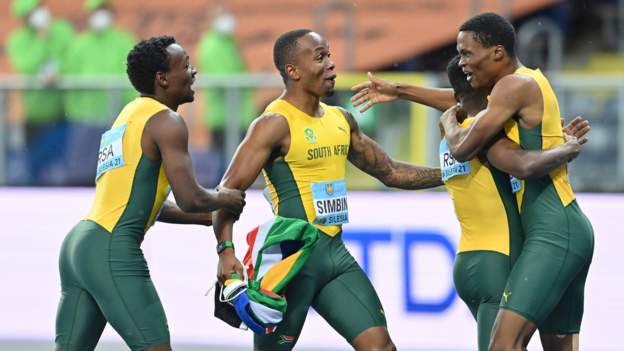 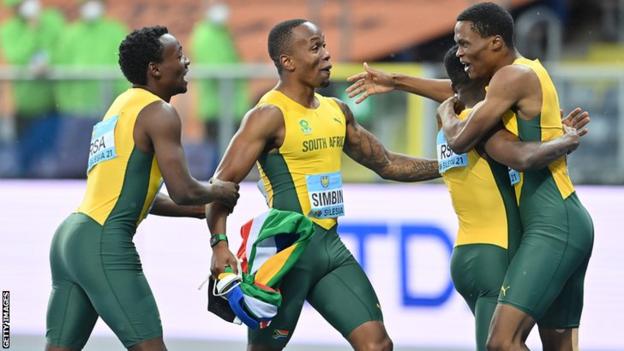 South African sprinter Tlotliso Gift Leotlela says despite winning the men’s 4x100m relay at this weekend’s World Athletics Relays he is realistic about the team’s chances at the Olympic Games.

Leotlela along with Thando Dlodlo, Clarence Munyai and Akani Simbine won the event in Poland ahead of Italy, who were promoted to second place after the disqualification of defending champions Brazil.

However, the team is not getting carried away with the victory.

“We know at the top level anything can happen on the day because there are such good athletes in each of the teams,” Leotlela told BBC Sport Africa.

“So it is important that we just keep preparing well and stay focused on doing our jobs to the best of our ability and not worrying about what other teams are doing.”

The quartet’s time of 38.71 seconds in the final included an anchor leg of 9.08 seconds from Simbine while Leotlela’s split for the second leg was 9.16 seconds.

Leotlela added that the result in Poland does give them confidence for the rest of the season.

“It just sets the tone for the rest of the season. I think the win definitely gave us a boost,” he continued.

“We know where we stand as a team and what are the things we can work on to better ourselves so we can be fully prepared for the games.

“It’s an honour to race the best in the world, and I will do everything I can to represent South Africa well at Tokyo.”

The 22-year-old pointed out that with teamwork a key to success events like the World Athletics Relays are an important part of an Olympic season.

“The goal was always to win but we knew that we have to get the baton across first before we can even think of victory,” he said.

“We just went out there, trusted each other and gave it our all and we knew if everything goes well then we have a great chance of winning.

“It was great competing with the rest of the world and actually coming out on top even with the difficulty weather conditions. Really enjoyed myself, and just excited for the future.”

The event in Poland was a big moment for Leotlela as he was coming back from a long-term injury. .

“It is very difficult to explain, all emotions were running especially for me because I’ve been away injured for a long time and to come back and win such a huge title means everything to me,” he explained.

Now the former 100m and 200m Commonwealth Youth and African Games champion and 4×100 African champion has his sight set on his second Olympic Games, after competing in the 200m at the 2016 games in Rio.

“So my target in Tokyo is to enjoy every moment as there were times I didn’t know if I would get back to sprinting,” he insisted.

“Of course I hope to run as fast as I can as well! It’s an honour to race the best in the world, and I will do everything I can to represent South Africa well at Tokyo.”

At one point it looked like Africa would be boasting two medals from the 4x100m relay as Ghana crossed the line in third only to be disqualified after the race for a lane infringement.

Botswana’s Isaac Makwala, Boitumelo Masilo, Ditiro Nzamani and Leungo Scotch were third in the 4x400m event behind Netherlands and Japan.

In the mixed events – Kenya claimed two further podium finishes a second place in the 2x2x400m event and third in the mixed shuttle hurdles relay.

The 2x2x400m featured Naomi Korir and Ferguson Rotich twice running a lap each in any order they chose and saw them lose out to hosts Poland. 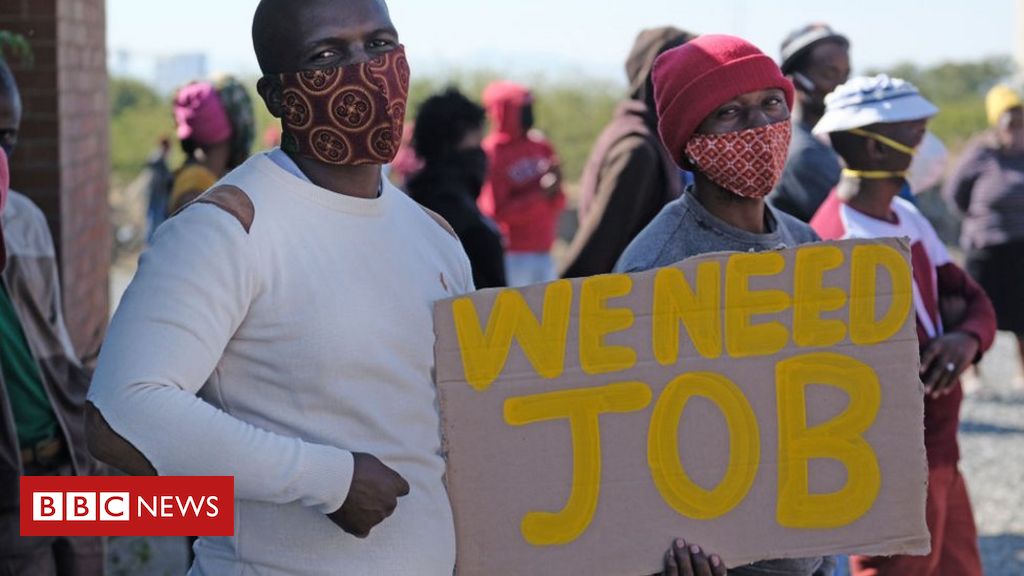 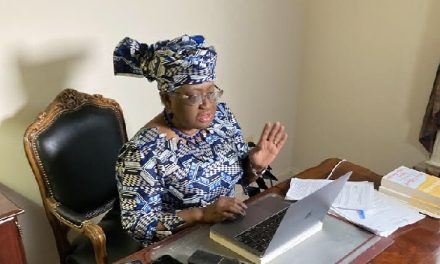 Okonjo-Iweala says no to ‘business as usual’ at the WTO