Former Warriors captain Willard Katsande is set to end his decade long career at South African Premiership giants Kaizer Chiefs after the Soweto giants opted against offering him new contract ahead of the new season.

The 35-year-old midfielder has spent ten seasons at Kaizer Chiefs, since joining the Johannesburg-based from Ajax Cape Town but is reportedly heading out the exit door after disagreeing on terms with Chiefs on a new deal.

According to several media reports from South Africa, Kaizer Chiefs are expected to confirm Katsande’s departure later this week.

Katsande’s imminent departure comes after recent indications earlier this month that the veteran midfielder would be offered an extension.

The former Kaizer Chiefs captain’s contract expired at the end of June, but he was seemingly handed a short-term deal in order to be part of the CAF Champions League final.

He featured in the final against Egyptian heavyweights Al Ahly where Chiefs lost 3-0 to finish the competition as runners-up.

Chiefs, who have been on a recruitment exercise after their transfer ban was lifted by FIFA, are expected to make Katsande’s departure official in the coming days as the season draws closer to kick-off.

Katsande arrived at Naturena from Ajax Cape Town in 2011, but he leaves Chiefs as a legend after a lengthy and rewarding career at one of South Africa’s biggest clubs.

The former Highway and Gunners player won a number of trophies with Chiefs, including two league titles, the MTN8 and the Nedbank Cup – all between 2013 and 2015 and coincidentally during returning head coach Stuart Baxter’s first spell at Chiefs.

Unfortunately the English coach’s return, however, has seemingly not guaranteed Katsande an extension to his contract.

Katsande will walk away from Chiefs having featured in 308 official matches since 2011. He scored 17 goals and registered nine assists.

Africa: The Sustainable Energy Fund for Africa Reports Record Number of Transactions in 2020 – Secures Us$90 Million in New Funding 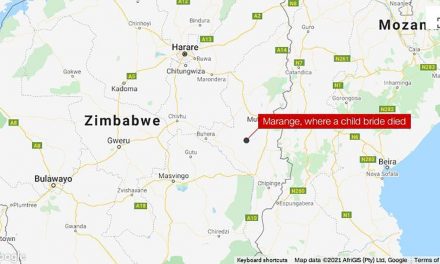 Africa: The Jury’s Out On DRC’s ‘Sacred Union’