Rugby has a contentious past in Ireland as a ‘foreign and fantastic game linked with Britain’. But nations unite to back one team when the British and Irish Lions tour.

So much of the charm around the British and Irish Lions centres on the novel idea of uniting four separate nations under a single banner. Or is that five separate nations. Or just the two?

The question may seem an obtuse way of diving into the twisting narratives of sports and politics, but it is worth asking given the complexities straddling the Irish border and the island’s relationship with the United Kingdom.

For 499km, a zig-zagging line cuts Ireland into two distinct worlds. Occupying around 70% of the land and population is the Republic of Ireland, a predominantly Catholic country that gained independence from the UK in the early 20th century and is part of the European Union (EU).

Tucked away in the northeast is Northern Ireland, ostensibly a territory in its own right but under the auspices of the UK government. In the 2016 Brexit referendum, its mostly Protestant population voted to remain in the EU, but they have been wrenched from the trading bloc along with their compatriots in England, Scotland and Wales.

The two Irelands and their inhabitants have at various stages in their history been at war with each other. One could trace the start of the tensions all the way back to 1609, when English and Scottish settlers confiscated land owned by the people of the northern Irish province of Ulster.

The Irish Rebellion of 1641 established the Irish Catholic Confederation before Oliver Cromwell’s decisive and brutal campaign put Ireland under the boot of English rule. Irish nationalism never died over the next 250 years, history became mythology and the stories people told themselves calcified into immovable truths that made enemies out of neighbours.

In 1884, 13 years after the Irish Republican Brotherhood failed to shake off the yoke of the British Empire in the Fenian Rising, a schoolteacher named Michael Cusack organised a meeting with residents to hatch a different sort of insurrection. Cusack had noted with great alarm that his students at the famed Blackrock College in Dublin had forgotten their heritage and, like the rest of the island, were slowly growing more and more anglicised.

“It was part of a cultural revival,” explains Jim O’Hara, the former director of Irish studies at St Mary’s University in London who also served as chair of the Irish Cultural Centre in the city for 13 years. “It was an instant success. Archbishop Thomas Croke was an early patron and gave his name to Croke Park in Dublin. The GAA put a flag in the ground for Irish pride at the time and banned members from playing what they called ‘foreign and fantastic games’ that were linked with Britain.”

Among these games were football, cricket, tennis, polo, croquet and rugby. The GAA reinstated hurling as the national pastime and included its female version, camogie, as well as Gaelic football as part of a triumvirate of distinctly Irish sports. To play any sport in Ireland became a political act.

As the embers of World War I died down in France and Belgium, new flames of Irish nationalism were stoked at home. The Irish War of Independence was sparked in January 1921 and led to the partition of Ireland as well as the formation of the Irish Free State. A civil war erupted before the ink on the Anglo-Irish treaty had dried. By the time the shooting had stopped, more than 4 000 people had been killed.

Amid the chaos, both the GAA and what were perceived to be “British” sports continued to flourish independently. But in the newly established and fiercely proud nation, the games of the former oppressor were shunned and pushed to the fringes.

“This is why rugby became the sole domain of the elite,” says Ewan MacKenna, author of four books and an award-winning freelance journalist. “Most state schools were run by the Catholic Church which was closely affiliated with the GAA. Rugby was played in the private schools because the state schools banned it. It’s not rugby’s fault that it has its heritage in this class struggle, but it’s certainly failed to adapt with the times.”

Today, rugby in Ireland runs in parallel with rugby in the UK or South Africa, where elite schools offer the best paved paths to the top. Blackrock College, the alma mater of former Ireland and Lions captain Brian O’Driscoll, costs €19 450 (about R330 000) a year for seven-day boarders.

“Talent isn’t enough,” MacKenna says. “If you want to succeed in the sport you need to be talented and have parents who are bloody loaded. Rugby thrives in the wealthy enclaves and the rest of us are often left on the outside looking in.”

MacKenna, who grew up in the working-class town of Athy, adds: “Rugby was for so long the embodiment of classism, of a two-tier system and elitism. It was their game and we often wanted the national team to lose.”

MacKenna is understandably jaded. He portrays a landscape that he likens to an “old boys’ club” where the sport receives bloated media coverage because newspaper executives are often part of the private school alumni. He recounts one incident where a former editor returned from an Irish Test smelling of alcohol and demanded an alteration to the players’ ratings to give them each a more favourable score.

But for all the justified criticisms of “snobbishness”, as MacKenna puts it, there is no denying that when Ireland’s rugby players take the field, they do so as a team drawn from both the Republic and Northern Ireland. And throughout the 30-year conflict known as The Troubles, which saw sectarian violence claim more than 3 500 lives between 1966 and 1998, 15 men wearing green stood shoulder to shoulder on the pitch as part of a unified team drawn from a fractured land.

“That is worth celebrating and is something that everyone involved in the sport, from the players to the fans to the administrators, are immensely proud of,” O’Hara says. “There has never been a deliberate ploy to use rugby to stoke unrest. Of course there were fears that the violence on the border may spill on to the rugby field, or that arguments could have festered into disputes and divisions, but it never happened. That is a credit to the Irish Rugby Football Union that has always been conscious that this was a sport that was serving a greater purpose and that it needed to be preserved.”

There were potentially volatile moments that could have ignited hostilities. In 1987, the Irish Republican Army detonated a car bomb near the border, killing a pro-unionist judge and his wife. Caught in the crossfire were three Irish rugby players who lived in the north. One of them, Nigel Carr, had his career cut short that day at the age of 27, because of his injuries.

“That could have been a touchpoint for more violence, but it galvanised the rugby fraternity,” O’Hara says. “The sport drew a line in the sand. There would be no sectarianism allowed and there never has been.”

Even the animosity that existed between the GAA and the so-called West Brit sports has since dissipated. When Irish rugby’s traditional home at Lansdowne Road Stadium was under reconstruction, Croke Park hosted its first rugby match for France’s visit in 2007. Several players, including current Lions players Conor Murray and Tadgh Furlong, have a background in GAA sports, with fans and journalists similarly switching between codes without much furore.

“Rugby is just another sport now,” MacKenna says. “It’s something else to flick on the telly, it’s a day out, it’s entertainment. It doesn’t really evoke those same passions as other sports. It’s better in the sense that I don’t want to see people fighting over religion or nationalism in the stands, but these events are driven by commercial juggernauts like Vodafone and Guinness that don’t represent anything but the bottom line. I’d argue that the GAA will always touch people deeper because it still pulls on the strings rooted in the community. By representing everyone, Irish rugby has possibly lost some of that thunder.”

When the best of Ireland stand together before the start of a Test, they belt out the words to Ireland’s Call. It’s not a national anthem. It was commissioned by the Irish Rugby Football Union for the 1995 World Cup in South Africa. Previously, Republic anthem The Soldier’s Song was sung before games, but players from the north were naturally less enthusiastic.

O’Hara says the new song “rectified what could have been a divisive issue”. MacKenna says it “irks people” and they laugh openly at the schmaltzy attempt to convey a sense of cohesion beyond the field.

Whether that cohesion is founded in historical accuracy or not, it has certainly been mythologised by a rugby team that – despite having never won a World Cup knockout game – has punched above its weight, winning three Six Nations titles in eight years and providing 10 Lions captains since 1938.

When the Springboks take on the famous touring side in the series-deciding Test in Cape Town, they’re taking on a team representing the best of multiple nations. How many exactly depends on your perspective. 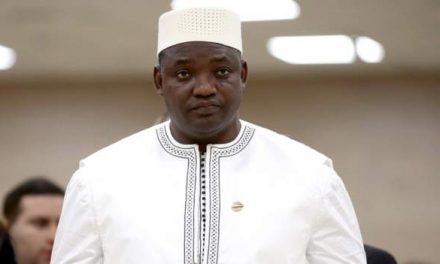 Africa: U.S. Must Step Up Safe Abortion Efforts and Access