South Africa: The Life and Legacy of Dave Brubeck


The jazz world is celebrating the centenary of the late, great American pianist and pioneer of cool who was an iconic composer with strong ties to South Africa.

Though born at the dawn of the jazz age, Dave Brubeck would have been an unlikely candidate for inclusion in the pantheon of jazz giants, much less someone destined for a special place in the hearts of music lovers living on Africa’s southernmost tip.

Better yet, at the time of his birth, Brubeck could not have foreseen that one day he would have a hand in the career development of great South African musicians. It is a roll call that includes bands and musicians like young Bheki Mseleku, Zim Ngqawana, Malombo and Victor Ntoni, to name a few, who all had consequential interactions with Brubeck and his family. This unlikelihood, however, is what makes the American pianist’s story all the more compelling.

Brubeck was born on 6 December 1920, into a decade defined by novelist Scott Fitzgerald as the Jazz Age or the Roaring Twenties because of the wild parties, lively dance life and illegal drinking dens. It was a time of decadence wrought by the post-World War I industrial boom, with a ravenous spirit that would make Brubeck’s future career possible. To be fair, while Brubeck’s life may have benefitted from this joie de vivre, it was not infected by it. In fact, far from it. Long before becoming a globally renowned pianist, anti-racism campaigner and one of the kings of a jazz accent called cool, Brubeck nursed dreams of following in his father’s cattle-farming footsteps.

He was 12 years old when the family moved to Concord, California, where his father Pete was to manage a 45 000-acre cattle ranch. However, his mother Bessie, a pianist and music teacher, proved a more durable influence on his ultimate career choice. The future hall of famer was accepted to study veterinary science at college, but he later switched to music. The young Brubeck so distinguished himself that he was allowed to graduate even though he had not learnt how to sight-read music.

Soon after graduating in 1942, Brubeck was drafted into the United States army and sent to fight Nazi Germany in Europe. There, he managed to avoid serving on the front as an infantryman because of his piano-playing. He was assigned a musical role, forming what would be one of the army’s first racially mixed bands. They travelled to various fronts across Europe to lift the morale of fighting forces.

Once World War II was concluded and his duty was served, he returned to graduate school, where he came under the care and tutelage of modernist French composer Darius Milhaud. The imaginative creative thinker was the most influential on Brubeck’s enduring creative outlook. Brubeck would later write: “Milhaud always told me to keep my ears as well as my eyes open while touring the world, and to be cognisant of the various sounds, rhythms and fragments of melody that envelop us night and day.”

This openness to possibilities and a good ear remained a lasting bulwark against the limitations few people have had to face on their way to self-actualisation.

At the heart of Brubeck’s unique sound is a story of overcoming limitations. He came into the world, as he told pianist and academic John Salmon, “with one eye crossed”. The limitation meant he’d wear infant glasses from the time he was in the crib until the condition was eventually corrected. And though he refused to name it dyslexia, choosing instead to refer to it as “my problem”, this may have been the reason Brubeck struggled to sight-read and even spell. Salmon proposes that Brubeck’s “ability to play by ear and his [exceptional] improvisational skill probably developed to such a high degree precisely because he could not read music”.

Another great hurdle came in 1951 while Brubeck was on holiday with family in Hawaii. He took a dive into the surf that left several vertebrae in his neck and his spinal cord damaged. He was fortunate to have survived; that he could still play the piano was remarkable. However, though he dared to keep playing, that near-death encounter affected his sound and style, too. Irrevocably. In a way, what we love most about the sound of his piano is the sum of the ways in which Brubeck defied his injuries and limitations.

To get around his injuries, Brubeck evolved an idiosyncratic method of using complex, blocky chords rather than speedy, dexterous, single-note runs. The implication is that he had to build bands that reflected and completed his sound’s puzzle. This is why his partnership with lifelong collaborator alto-saxophonist Paul Desmond worked so well. The reedman who famously self-described his blowing to “the sound of a dry martini” had a light, airy and lyrical approach that was a perfect match for Brubeck’s heavy-handed touch on the keys.

More than a million

Nowhere is this more delightfully apparent than on the runaway hit record Time Out. His most famous masterwork, the record includes the infectious, melodious hits Take Five and Blue Rondo à la Turk, the first jazz singles ever to sell more than a million copies.

Time Out came out in 1959. It was one of the four contenders for the future of the music then. This was released the same year as Miles Davis’ Kind of Blue, the best-selling jazz record of all time; Charles Mingus’ Mingus Ah Um, the boldest statement for history and future as central parts of the contemporary; and the rule-breaking masterpiece of free jazz, Ornette Coleman’s The Shape of Jazz to Come.

Time Out remains a classic because it was a breakthrough in rhythmic experimentation. It embodied all the lessons and ideas Brubeck had nurtured about the centrality of rhythm in music.

In a 1961 interview with columnist Ralph J Gleason, Brubeck spoke about rhythm’s role in jazz and society as he saw it. “Jazz musicians must take up their original role of leading the public into more adventurous rhythms,” he said. Putting his money where his mouth was, he flagged that “[we] are the only band, that I know of, who can play an entire concert and not play in 4/4 or even in 3/4”.

Take Five, which helped Brubeck worm his way into the hearts of South African jazz lovers, was a treat of a tune played in 5/4 time. Part of its magic is in how the band addressed clever rhythmic ideas with infectious melodic simplicity. Even the drums sound songful. The drum solo on the track is the stuff of jazz lore legend. The winning band combined Joe Morello on drums and bassist Eugene Wright with Brubeck’s piano in the rhythm section, leaving Desmond to blow with lyricism on melodic lead.

In 1976, on the brink of the cultural boycott and just after the student uprisings marked by the Soweto massacre on 16 June, Brubeck brought The New Brubeck Quartet to the land of apartheid. The band included his sons Chris, Dan and Darius.

They had what Darius calls “an overwhelming reception” at the Coliseum in Johannesburg, then a hot Joburg jazz club. The band had to cancel their Durban gigs at The Playhouse because the venue insisted on separate shows for Black and white audiences and “this was not in line with our contract”.

Darius, who would make a home in South Africa as a teacher at the then University of Natal, remembers: “We were very concerned about the cultural boycott that was just beginning to take hold, but the contract had been drawn up a year before a boycott was even announced.”

Brubeck, just as he did years before in the US, where he insisted on playing with his African-American bassist Wright in segregated venues, had stated that he would only play at venues that were open to everyone. He also insisted on using a local bass player, the late Victor Ntoni, and local support act Malombo, which included Philip Tabane and Gabriel Thobejane.

This marked the beginning of a lifelong friendship between the Brubecks and Ntoni. The band Brubeck/Ntoni Afro Cool Concept was a result of this friendship. Darius remembers: “Victor always called Dave ‘Papa Dave’ and my mother Iola ‘Mama Iola’. Victor and I were born in the same week, month and year [June 1947] and he related to my parents as a sixth son.”

A similar kinship permeated how the Brubecks related to Tabane. Darius’ wife and manager Cathy, together with Peter Davidson, who managed Malombo, organised the band’s first US tour. They added 19-year-old pianist Bheki Mseleku to the group for that tour. “My father thought Bheki was an amazing pianist and we all helped him stay on in the US at Cathy’s flat in New York for as long as possible,” says Darius.

The tour’s success made it possible for Malombo to get their international distribution deal with WEA records, to which The New Brubeck Quartet was signed.

Beyond the business, Brubeck’s legacy in South Africa is shaped by how he helped many young musicians gain access to education in the US. In addition to helping Ntoni study at Berkeley, he contributed to the Ronnie Madonsela scholarship that supported musicians like Johnny Mekoa, Zim Ngqawana, Victor Masondo, Lulu Gontsana, Lex Futshane and many other talented students. They stayed and rehearsed at his house in Connecticut and kept in touch afterwards.

To celebrate his connection with South Africa and its musicians, Brubeck wrote and recorded a piece titled Jazzanians. Later, Darius, Chris and Dan revisited it as the Brubeck Brothers. The song’s title was later given to the students’ ensemble that Darius established during his time as a lecturer at the University of Natal; the Jazzanians included Mekoa, Ngqawana and Gontsana as players. Darius set up NU Jazz Connection a few years later, which has included the likes of Futshane, Feya Faku and many others.

The Jazzanians and NU Jazz Connection emerged as talented student bands operating at a high level on the international stage. They played at the International Association of Jazz Educators and elsewhere around the US. They were an “important, career-enhancing platform that would not have been possible without the support of my parents”, says Darius.

He points out that though his father’s “legacy is international, South Africa was very dear to his heart and I suppose this is also due to my wife Cathy being South African and that the most important part of my career took place there”.

Brubeck died on 5 December 2012, a day before his 92nd birthday. To mark the centenary of his birth, Verve Records released a solo piano recording in November last year that Brubeck had made when he was 90, called Lullabies. Another record, Time Out Takes, with “never heard before” alternate tracks from the original 1959 recording sessions that resulted in Time Out, is to be released on Brubeck Editions. 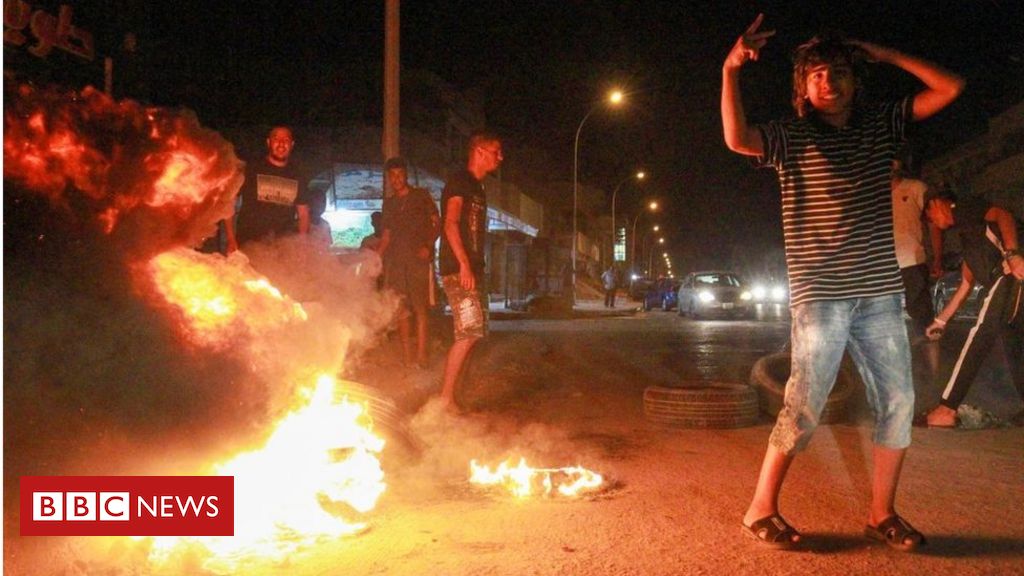 Nigeria: In Cape Verde, Travelling With a Nigerian Passport May Mean Deportation