Together with the expert assistance of Heritage Western Cape and the City of Cape Town’s facilitation, the socio-political significance of Freedom Square will now officially be acknowledged and will rightfully be promoted in the public domain as a Provincial Heritage Site.

Bonteheuwel has a rich history of political activism in response to the abhorrent Apartheid system. Freedom Square, in particular, was a space used at the centre of this political activism and it is therefore significant in our province’s history.

In the keynote address, Minister Marais said, “During the liberation struggle, Freedom Square was a space for congregation and political meetings. The Bonteheuwel Civic, the library, the staircases and platforms surrounding the library would act as assembly and meeting points, which provided a platform for activist to address crowds. The significance of Freedom Square lies in the cumulative significance of its series of spaces. Meetings were held in the library in the 1980s away from the scrutiny of the apartheid police. The staircase at the square provided a platform from which activists could address crowds, when not done so at the Bonteheuwel Civic.

Evidently, Freedom Square possesses high social and historical significance as it comprises of places and buildings of cultural significance to which oral traditions are attached which are associated with living heritage. Freedom Square indeed embodies the spirit and legacy of Bonteheuwel’s heroes and heroines. The site also holds importance in the community, in the pattern of South Africa’s history and has strong and special association with the life or work of a person, group or organisation of importance in the history of South Africa.

Therefore, its spaces, buildings and memories bear significance for social and cultural reasons in representing defiance against the unjust Apartheid state”. 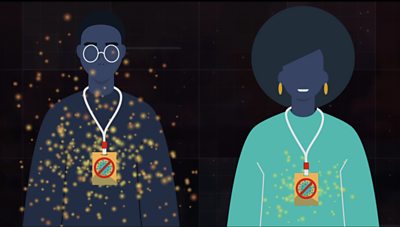 Coronavirus in Africa: Explaining the bogus ‘viral blockers’ worn by some politicians

Africa: With Schools Closed, a Glimmer of Hope in a Coding Boot-Camp

Somalia photography: ‘I want it to be normal for women to take photos’