South Africa: Drag and Burlesque Under the Spotlight in Phd Graduand’s Research


Growing up in the Western Cape, Lindy-Lee Prince always knew that drag was a possibility; there was always a performance or a pageant in some community hall or nightclub. And it has a long and interesting history in the province.

It has, as Lindy-Lee puts it, “always been a part of our peripheral understanding of things that happen within coloured communities”.

They are a University of Cape Town (UCT) graduand and will be graduating with a PhD in Anthropology on 15 July during a virtual graduation ceremony. Their thesis is titled “Creating personas, performing selves – gazing beyond the masks of drag and neo-burlesque performance”.

Their research into drag as culture and artistic performance began during their master’s research at Stellenbosch University, where Lindy-Lee completed this and their preceding degrees.

“I wanted to immerse myself in the community, but also, you know, provide support where I could.”

Already being part of a drag community gave Lindy-Lee access but it also meant their approach to research was a lot easier; that of not coming in as an outsider, doing the research and then disappearing.

“I wanted to immerse myself in the community, but also, you know, provide support where I could.”

After completing their master’s in 2013, Lindy-Lee’s supervisor sent them an — for a research fellowship at UCT’s Institute for Humanities in Africa (HUMA). At the time, they were unhappy, working as an intern at a social development organisation. They also knew that working at a desk was not their dream; they wanted to do research.

After their boss at the time made it clear he wouldn’t support the application nor the fellowship should Lindy-Lee succeed, they quit the internship, applied and submitted a mini research proposal (based on their master’s research with additional commentary). Fortunately, their proposal was accepted, and Lindy-Lee took up the position of research fellow at HUMA in 2014. And so began their PhD journey at UCT.

Over the next three years, they delved deeper into drag in the Western Cape and added burlesque to their research agenda. They worked with performers at Zero21, participants in Crew’s late night drag show and the queens at Beefcakes. They also travelled around with two burlesque troupes, one of which Lindy-Lee followed up the Garden Route to Knysna, Sedgefield and Oudtshoorn.

Lindy-Lee looked at performance, character formulation and the ways in which gender and femininity is presented and constructed. In doing so, they ended up working toward a critique of Male Gaze Theory. They found that while still relevant, the theory isn’t as effective anymore, particularly in regard to drag and burlesque.

“It isn’t as effective anymore, especially if you’re in a space … where the performer and the audience look back at one another,” explained Lindy-Lee.

This is particularly true for queer audience members who are not the constructed people for Male Gaze Theory; the power is, therefore, in the eyes or the hands of someone for whom it was not intended in terms of the theory.

“There is communication between both parties – the person on stage and the person who is viewing – and both people are invited to look upon one another,” said Prince.

‘We need it written down’

The critique of Male Gaze Theory is one of the reasons Lindy-Lee’s research is important. Another is understanding that there are many ways of performing. In addition, it makes clear that research in anthropology is not restricted to the more traditional areas of study.

“There are [many] students who have other ideas, who have other research interests, and they don’t know that it is possible to do other forms of research and get funding for it.

“Like, do you know how baffled I was every single year that someone paid me to do research with drag queens? Every year, I was just like, really? Someone is paying me to work with drag queens? I mean, I love what I do,” Lindy-Lee said.

A final reason is that “no one else is doing this work”.

“It is such a forgotten field of research in this country; there is just no history written.”

“It is such a forgotten field of research in this country; there is just no history written. And we need it written down.”

That’s exactly what Lindy-Lee intends to do. They are in talks with a publisher about a book on the history of drag in the Western Cape. With the book and their thesis, they hope that research on drag and burlesque, and the work done by these performers, will finally be taken seriously in academic spaces.

With their thesis complete and a book in the pipeline, Lindy-Lee is also staying busy with a second postdoctoral fellowship at UCT. The first was at the African Gender Institute and the current one is with Professor Floretta Boonzaier, the co-director of the Hub for Decolonial Feminist Psychology in Africa. Together, they are working on Professor Boonzaier’s Advancing Womxn project.

Now, Lindy-Lee is counting down the days to graduation. And while it will be a virtual one, they’ll get to experience it with close family and get dressed up for the occasion.

“I told myself I need to celebrate it and so I’m having myself a suit made [by] a queer designer, Zach Laidlaw, who is trying to get their label, House of Laidlaw, started,” they said.

“I’ve worked so long and waited so long for this thing. Now I get to celebrate it and look great as well!” 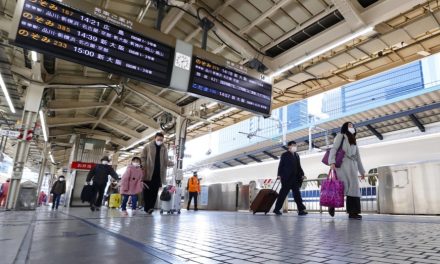 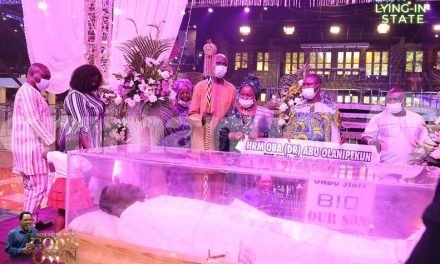 Africa: South Africa Must Place Climate Crisis Literacy At the Centre of Its Education System