Russia Is banned, yet it’s everywhere at the Games 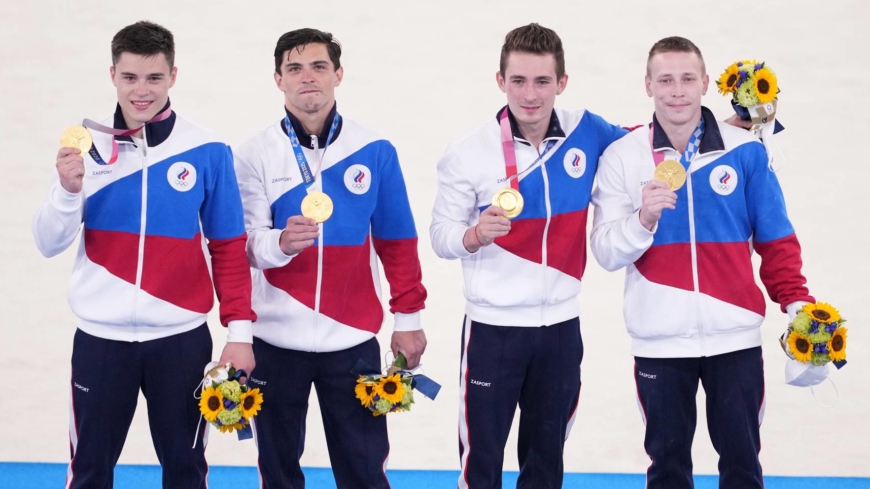 For a country officially barred from the Olympics, Russia is very much a presence at this summer’s Tokyo Games.

Take Friday’s opening ceremony. A significant Russian delegation marched in the parade of nations — right behind San Marino and just before Sierra Leone — under the banner of ROC, the acronym for the Russian Olympic Committee. That is the official label under which more than 330 Russian athletes are competing here, a bit of disciplinary sleight of hand required by punishments imposed after the country’s recent doping scandals.

In the days since marching proudly into the Olympic Stadium in central Tokyo, Russian athletes in Russia’s national colors have competed in dozens of sports, from archery to diving, fencing to gymnastics, tennis to taekwondo. On Sunday, Russia even collected its first gold. Twenty-four hours later, it picked up two more.

“Actually,” one Russian journalist admitted this week, “it does not feel like we are banned.”

The penalties are real, though, and have roots in one of the worst doping scandals in sports history: a years-long campaign to swap dirty doping samples for clean ones — and then cover it up — that eventually touched dozens of sports and involved more than 1,000 athletes, dozens of coaches and sports officials and even members of the country’s state security services.

Initially suspended from global sports for four years, Russia has spent years working to overturn — or at the very least water down — its punishment. In December, it won at least a partial victory when the Court of Arbitration for Sport sided mostly with Russia’s appeal, first by reducing by two years the ban imposed by the World Anti-Doping Agency and then by making Russia’s pathway to the Olympics far less onerous than the doping body had demanded.

The consequence has been Russian athletes traveling to Tokyo in larger numbers than they did to the Rio de Janeiro Games in 2016, and a sense that the country’s penalties appear to be open to interpretation. That could be because the International Olympic Committee — which has often avoided directly sanctioning Russia — has placed the onus on individual sports federations to interpret its two-page guidelines on the sanctioning measures, which include an edict that reads: “All public displays of the organization’s participant name should use the acronym ‘ROC,’ not the full name “Russian Olympic Committee.”

That rule was almost immediately — and repeatedly — broken by event organizers, including the IOC, in public pronouncements. At the opening ceremony, for example, Russia’s name was read out in English, Japanese and French as dozens of members of its team entered the stadium.

A day later, on the first day of judo competition, Irina Dolgova of Russia was announced as a member of the ROC when she walked out for her first-round match in the 48-kilogram category. A few hours later, her compatriots on the men’s volleyball team, dressed in red uniforms, were introduced as the Russian Olympic Committee.

For the few onlookers and journalists present, there was little sign that the team represented a sanctioned nation. A journalist from Kenya expressed confusion about the acronym, asking aloud why the Russian team that had just been announced was labeled ROC on the scoreboard.

That is how things have gone at most venues: ROC on signage and displays but Russia or Russian Olympic Committee in official announcements. Confusion over what to call the team has at times confused sports officials, too: Europe’s gymnastics federation, for example, deleted a tweet Sunday that referred to the team as Russia in its compilation of the results in the women’s qualifying.

“The rules are being followed and it depends on the particular situation,” Mark Adams, an IOC spokesman, said Sunday. “From our interpretation, it’s being interpreted correctly.”

Asked why the team’s full name could be said out loud, but not displayed, Adams said the “medium” would dictate the messaging.

“We feel we are comfortable with what’s being done,” Adams said.

Some have expressed discomfort over Russia’s presence. The World Anti-Doping Agency is still smarting over how the Court of Arbitration for Sport watered down its original penalty, which — had it been left intact — would have meant a significantly smaller Russian presence in Japan, and uniform colors that would have made the team’s provenance unidentifiable.

“You will see clearly what we asked for and what we got,” the WADA director-general, Olivier Niggli, told reporters last week. “If you look at what we ask for, it is not what we got, especially when talking about the uniform.”

Russian officials braced their athletes for awkward questions about their presence in Tokyo before they set off for the Games. All the participants were provided with a guide about responses to questions related to politics, social issues and the doping ban, Vedomosti, a Russian news outlet, reported earlier this month.

The best response, the document said, would be to ignore the questions. That has proved to be the case: Russian athletes in Tokyo have so far mostly remained silent on the subject of their status in Tokyo.

But Russia has not had everything its own way. Officials and athletes were unhappy about the ban on Russia’s flag, and some, like Alena Tiron, the captain of its rugby team, vowed to be as recognizably Russian as possible.

“If the flag is not allowed, we ourselves will be the flag,” she told the state-run RIA Novosti agency. “We know which country we stand for.”

While the IOC has been comfortable with the word “Russian” booming out of loudspeakers in reference to the Russian Olympic Committee, it was less accommodating when the country’s artistic swim team requested the “With Russia from Love” to be part of its routine. The song could be used, they were told, but the word Russian would have to be cut.

The choice of music that will be played during ceremonies involving Russian gold medalists is another compromise. The IOC rejected Russia’s first choice, “Katyusha,” a military standard popularized during World War II, and instead settled on a portion of Tchaikovsky’s Piano Concerto No. 1.

The strains of that temporary anthem were first heard Sunday when Vitalina Batsarashkina stepped onto the podium after winning the ROC’s first gold medal, in the women’s 10-meter air pistol event.

The uncomfortable accommodations may be over soon. After the Tokyo Olympics and February’s Winter Games in Beijing, Russia will be closer to returning to the sporting fold. Next year’s volleyball world championships will take place in Russia. Taekwondo’s are scheduled to be held in the country a year later.

And even while it has faced censures and penalties, Russia has quietly increased its influence in sports. Three summer Olympic federations — shooting, boxing and fencing — are now led by Russians, more than at any time in history.

Africa: Faith, Philanthropy, Community – How to Save Hundreds of Thousands from Malaria Amid Covid-19 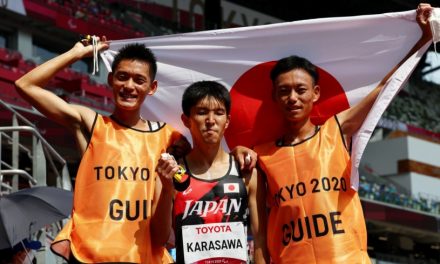 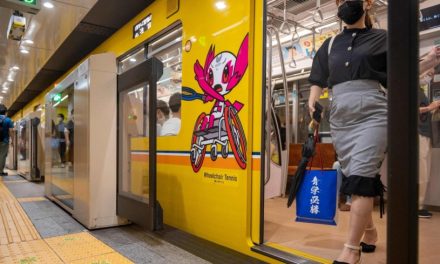