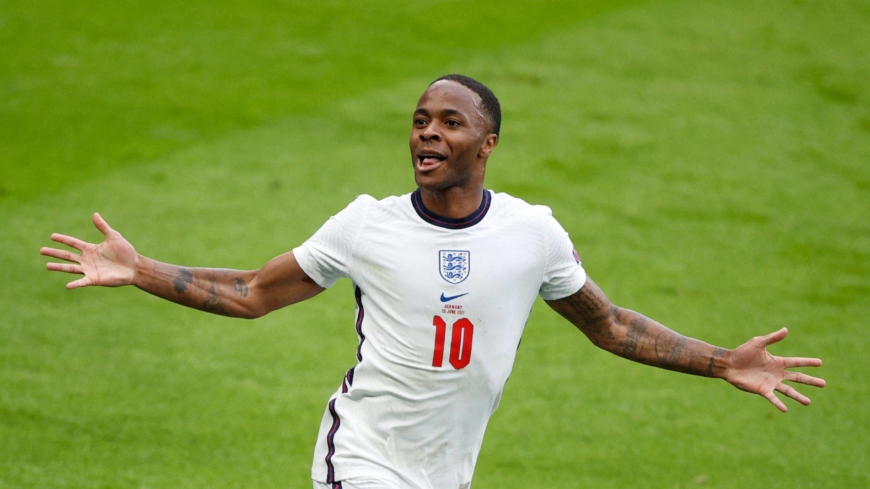 London – England has Raheem Sterling to thank for its trip to Rome on Saturday for its Euro 2020 quarterfinal against Ukraine, with the team now favored to reach a European Championship final for the first time.

The Manchester City star is already playing in his fourth major tournament but his talent, until now, had not been fully appreciated by England fans.

A precocious young player when England crashed out at the group stage of the 2014 World Cup, Sterling was one of the fall guys two years later as Roy Hodgson’s side exited Euro 2016 in embarrassing fashion against Iceland.

On social media, Sterling branded himself “The Hated One” during that tournament and had to deal with negative stories in the press about his perceived lavish lifestyle and other issues.

He did not forget that treatment. In 2018, months after helping England reach the semifinals of the World Cup despite failing to score, Sterling was racially abused while playing for Manchester City in an way match against Chelsea.

Sterling took to Instagram to challenge media organizations for their portrayal of young black players, claiming it was fueling “racism and aggressive behaviour.”

At just 26, he is a senior figure in a youthful England squad with 65 caps already to his name and represents a fearlessness and social conscience that have made Gareth Southgate’s side respected on and off the field.

In the face of booing from some of their own fans, England’s players have continued to take the knee before each match of the tournament to highlight the fight against racial injustice.

Sterling is used to harnessing criticism as a motivation to prove his doubters wrong.

Before Euro 2020 began there were calls for him to be dropped after a disappointing end to his season at City, where he had been usurped by England teammate Phil Foden in the pecking order.

Foden was one of a multitude of exciting attacking players left watching on from the bench as Sterling opened the scoring against Germany in the last 16 on Tuesday for his third goal in four games at the tournament.

“Please keep asking the questions because if we cannot motivate him, everyone else will certainly be able to,” Southgate said with a wry smile after England’s first knockout victory over Germany at a major tournament since 1966.

“He is a fighter,” Southgate added. “He has got an incredible resilience and hunger. He has developed over the last couple of years this real hunger to score.

“His drive is fantastic. We know the journey he has been on with England and I am so happy for him to be able to deliver the performances he has.”

After scoring just twice in his first 45 international games, against minnows Estonia and Lithuania, Sterling now has 15 goals in his past 20 games for his country.

Born in Jamaica, Sterling moved to England as a 5-year-old and grew up in the shadow of the new Wembley Stadium as it was constructed.

If England can get past Ukraine at the Stadio Olimpico, it will be back in Sterling’s backyard next week for a semifinal against Denmark or the Czech Republic in front of 60,000 fans as coronavirus restrictions continue to be relaxed.

Unlike Michael Owen at the 1998 World Cup, Wayne Rooney at Euro 2004 or even Harry Kane three years ago in Russia, as he claimed the Golden Boot, Sterling has never been hailed as English soccer’s golden boy.

But his long road to success at a major tournament is symbolic of England’s 55-year wait to win one.

The nation will not have many chances better than this, and if Sterling does England to its first-ever European Championship win on July 11, he will have forever silenced his critics.

Africa: Baby Infected With Coronavirus in the Womb – New Study

Africa: A 360-Degree Approach to Digitalisation in Africa Is Crucial to Growth