Olympic hosts ensure athletes get taste of Japan despite restrictions 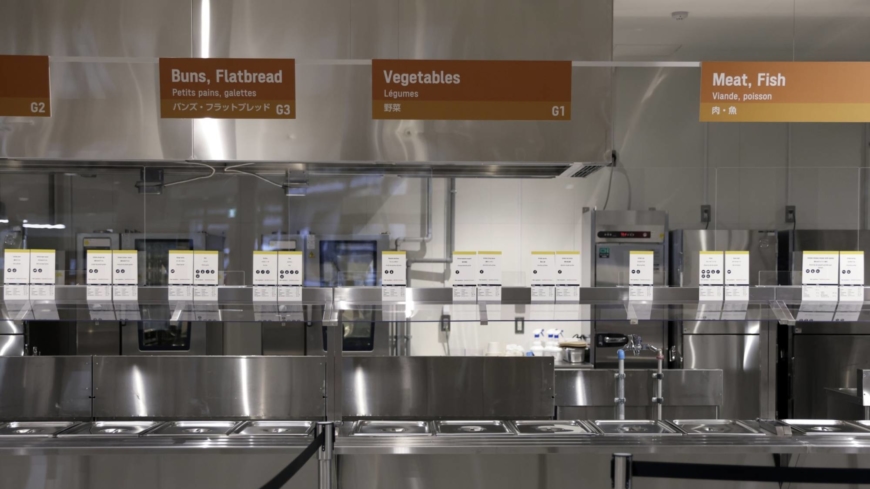 With their activities outside competition venues severely restricted under coronavirus protocols, Olympic and Paralympic athletes will have few chances to enjoy the sights of their host city. But organizers have made sure that they will at least get a taste of it.

Banned from freely eating at restaurants or bars, athletes’ culinary encounter with Japan will take place almost exclusively in the casual dining area in the athletes village in Tokyo.

Although raw fish is unavailable to ensure food safety, an array of Japanese food items, both traditional and popular, including ramen and udon noodles, rice balls, tempura and okonomiyaki pancakes are on the menu.

“I hope the athletes staying at this village will feel the hospitality of Japanese culture even amid the coronavirus pandemic, including in the dining halls,” said Seiko Hashimoto, president of the Tokyo Organising Committee.

The village in Tokyo’s Harumi waterfront district, featuring a separate 24-hour main dining hall with cuisines from around the world along with clinics and facilities for relaxation, formally opened on July 13, 10 days ahead of the opening ceremony of the Olympics.

The casual dining area with seats for around 280 people during the Olympics and 250 during the Paralympics, is capable of providing up to 3,000 meals a day.

Ingredients from Tokyo as well as the three northeastern prefectures of Fukushima, Iwate and Miyagi, which were severely hit by the 2011 massive earthquake and tsunami disaster, are used in dishes every day.

“We’ve put priority on using foods from the disaster-hit areas as the Olympics and Paralympics are meant to be an event to show the reconstruction efforts of the region to the world,” said Takashi Kitajima, the village’s general manager.

But all 47 prefectures will contribute something to the menu.

“The Olympics could not have been organized without all-Japan support,” Kitajima said. “Hopefully, athletes will return home after encountering Japanese culture even just a little bit.”

During their stays, Olympians are urged to only go to competition venues and the limited locations outlined in their activity plans.

They are banned from using public transport in principle and from walking around the city and visiting tourist areas and other places, including gyms, shops, restaurants and bars.

But to give them more of a sense of the culinary culture behind the Japanese menu items, tablets have been installed in the casual dining area with photos and introductions of the localities that produced the ingredients used on the day in question.

In the case of ingredients from Fukushima, which experienced a nuclear meltdown in the 2011 disaster, information will be provided to promote the safety of the prefecture’s produce.

And the menu itself will be truly representative of the best of Japan’s popular foods since it will include the top five dishes selected from over 700 recipe proposals submitted by the general public in a contest held in 2019.

By providing a broad range of Japanese dishes, the organizers hope to stimulate awareness of the breadth of Japanese cuisine, which was inscribed by UNESCO as an intangible cultural heritage of humanity in 2013.

Partly supported by health consciousness, the number of Japanese restaurants overseas has been on the rise, reaching some 156,000 in 2019, up by 30% from 2017, according to the farm ministry. Most are located elsewhere in Asia, which has around 101,000, followed by roughly 29,400 in North America.

“As we planned Japanese dishes for the Tokyo Olympics and Paralympics, we came to realize how diverse the cuisine is,” said Tsutomu Yamane, a Tokyo Organising Committee official in charge of food services at the games. “I hope it will be an opportunity to promote its intricacy to the world.”

One of the five competition-winning menu items is cold sōmen noodles, a classic dish eaten in Japan’s hot summer months. While it is common to soak noodles in light soup stock with condiments, the noodles will be served with chicken and vegetables with tomato juice to help athletes get the nutrition they need.

“I hope this dish using sōmen noodles, which go down easily and smoothly, will help athletes maintain their best forms in the humid and hot weather,” said Yoko Nishimura, 59, a part-time worker at a fruit and vegetable shop in Kamakura, a historic city south of Tokyo.

Oden, a standard winter menu item, is also served. The dish, normally eaten as a hot pot, is served in a chilled soup with tomatoes and other summer vegetables along with more typical ingredients such as processed fishcakes.

The two other selected dishes are zangi deep-fried salmon, originating on the northernmost main island of Hokkaido, and toasted bread with peaches, ham and cream cheese.

While the casual dining area is a place for sampling Japan’s cuisine in a relaxed atmosphere, the two-storied main dining hall, offering up to 45,000 meals a day, is more focused on supplying athletes with the nutritious foods they need to perform at their best in competitions.

The aim is not to add to the stress athletes are already under by presenting them with uncertainties or dilemmas over what they are eating.

“The dishes are prepared simply and are not exquisite or elaborate. There are also a wide variety of seasonings so that athletes can adjust flavors,” said Yamane. “The main concern for them is to get nutrition, not to enjoy dining.

“Before a big competition, they don’t want to take risks by trying out new dishes or eating something without knowing what’s in it,” he said.

Each dish is accompanied by nutritional information such as the amount of calories, protein, fat, carbohydrates, sodium and salt per serving. Certified dieticians are also on hand at a Nutritional Help Desk to provide further information if needed.

The hall, operating 24 hours a day with 900 seats on the first floor and 2,100 on the second floor, offers 700 menu options corresponding to various eating habits, cultures and religions.

In addition to counters for Japanese cuisine, Western, Asian, halal, vegetarian and gluten-free, a section dedicated to pizza, pasta and hamburgers was set up, as such casual meals were popular at the previous Games, especially among young athletes, Yamane said.

Side dishes such as tortilla, pita bread, mashed potatoes and buns as well as steamed, grilled, stewed or deep-fried vegetables can be selected, alongside grilled dishes including chicken, beef, pork and cod. Salads, yogurt, cheese and fruit can be taken away freely.

But while the organizing committee’s Yamane hopes to showcase Japanese cuisine to the world’s visiting athletes, he “does not expect” a corresponding impact on Japan’s own food culture, unlike at the 1964 Tokyo Olympics — the last time Japan held a summer games.

The country’s experience in providing meals then, led by former Imperial Hotel head chef Nobuo Murakami and cooks from across the country who worked hard to learn how to prepare foreign cuisine, was said to have helped popularize Western dishes, which were largely confined to luxury restaurants.

The games also spurred the widespread use of frozen foods — items that had previously been seen as inferior in quality — and allowed the Japanese public opportunities to taste foreign menus casually at restaurants. 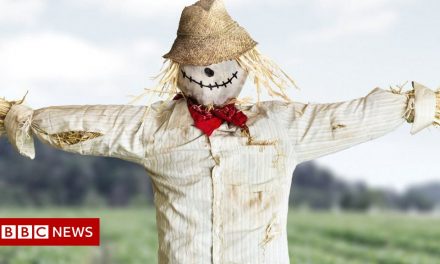 Africa: Could Africa’s Taste for Bushmeat Trigger the Next Pandemic?