If the reports reaching Society Watch are anything to go by, then Ken Calebs Olumese might have resolved to put up his famous Niteshift Coliseum for sale. A source disclosed that the sprawling outfit sitting on over 1,900 square metres, is being put for sale at a price of N600m.

According to the source, many potential buyers have approached the Edo State-born septuagenarian with different offers. Until this development, Olumese had shocked many when he shut down the place, turning it into an event centre.

Also, Olumese, in the face of the daunting challenges, had subsequently maintained a low profile, while also kicking some “bad habits,” that many thought had become his permanent features.

It will be recalled that Olumese, famously called Guvnor, had resigned his well-paid job with a multinational company to establish the nightclub, despite fears expressed by some of his friends and relatives.

As proof of his steely resolve to survive the inclement circumstances prevalent in the industry as well as his passion for the business, he was never troubled, even when the outfit was gutted by fire twice.

In its glory days, the nightclub, for a long time, had reigned supreme as the premium nightclub in the heart of Lagos. It used to be a melting pot for the high-flying and high net-worth personalities around town and was synonymous with class, sophistication, and poise.

The nightclub was successfully lifted far above many of its contemporaries as many top professionals, who know their onions patronized it for relaxation and networking. It also served as a forum for professionals, entrepreneurs, and opinion leaders as well as a venue, where the eminent class of Nigerians and foreigners relaxed, discussed and had uninhibited fun.

Its multi-purpose nature and cozy ambience had given it an irresistible appeal to a cross-section of Nigerians and foreigners, with class and panache. It played host to several government officials, retired and serving, such as a former Inspector General of Police, Tafa Balogun; former state governors including Asiwaju Bola Tinubu, Jolly Nyame, Olusegun Osoba, Akinwunmi Ambode of as well as the incumbent governor of Lagos State, Babajide Sanwo-Olu, among others. 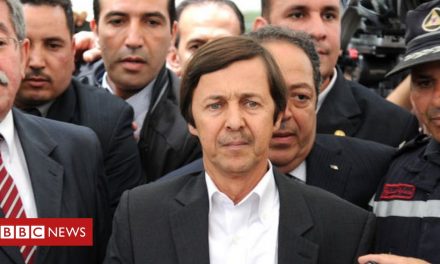 Africa: The Culture of Peace – Change Our World for the Better in the Age of Covid-19