Nigeria: No, I Don’t Have a Plan B Aside From Music, Says Bornstar


Following the release of his first official single cookie, which is fast becoming a next rated category?

Afro high life singer, Ifeanyi Obiojogwu also known as Born star no doubt is one of the fast rising talents in the Nigeria music industry.

The limestone records talented artist following his recent release have been gaining a lot of attention from the media as news and stories concerning the artist are popping up all over the internet. Trying to promote his brand, the afro high life artist has granted the media an opportunity to know who Bornstar is.

The cookie artist speaks about is origin as a Delta citizen and the struggle to position himself in the light of the greats in the music industry. The afro high life talent states that he had discovered music at a very tender age and it has been all he knows while growing up. But the young talent describes the struggles facing rising musicians in the industry and when asked as to what his strategy is for keeping the pace in the game and one day hoping to set a mark for himself.

He stated that his parents were disappointed in him at one point as they expected him to go cooperate, so when Born star chooses music, it will not come as a surprise when he faced criticisms and how the question of having a plan B has changed his life.

The afro talent also goes further to explain that the idea of a plan B only works to hinder and create distraction for the ultimate goal.

He claimed that the goal of music is making people happy and having a plan B will only distract an artist from putting in one hundred percent effort into the music they do.

Cookie is as a result of the sheer determination and strict beliefs of the young Afro high life artist and without a doubt the effort and beliefs seems to be paying off as the new single cookie is worth giving a listen.

Africa: Where ‘Charities’ May Harm 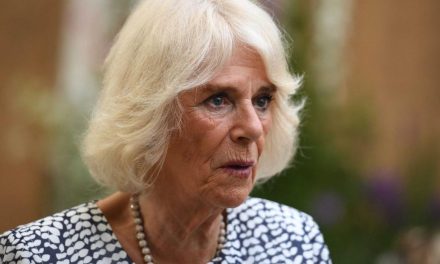 Camilla, Duchess of Cornwall, has become patron of a Nigerian NGO for victims of sexual abuse