The flamboyant Bureau-de-change operator says he is not standing trial for fraud as the EFCC is claiming.

The Dubai-based Nigerian internet celebrity, Ismaila Mustapha aka Mompha, has countered the Nigerian anti-graft agency, EFCC’s rebuttal wherein it said he (Mompha) is being tried for fraud.

During an Instagram Live chat with Daddy Freeze, a controversial radio host, Mompha, whom the EFCC named in an N157.1m fraud charge filed against a popular auto dealer, Sarumi Babafemi, alias 606 in February, claimed the EFCC contacted him after Hushpuppi was apprehended abroad.

“I had to remove my picture (after Hushpuppi’s arrest), EFCC had to call me directly to post my picture back because it will look as if maybe I was involved,” he said.

But in its response to Mompha’s claims, the EFCC said Mompha and his company, Ismalob Global Investment Limited, are facing prosecution by the EFCC on a 22-count charge alleging various offences.

They include: “retention of proceeds of unlawful activities to wit; fraud, failure to report the transaction to the Commission as required by the provision of the Money Laundering Prohibition Act, 2011 (as amended)”.

Wilson Uwujaren, the EFCC spokesperson, had earlier said “(Mompha’s) claim, which did not mention the office of the Commission who supposedly gave the advice, is spurious and should be discountenanced.

The flamboyant Bureau-de-change operator has hit back at the EFCC, saying he is standing trial for operating a BDC without a licence and not fraud, as the agency is claiming.

In a now-deleted statement on his verified Instagram handle, Mompha said, “I wish to also state that the charges filed against me by EFCC are in relation to allegations of operating BDC without a license and has nothing to do with or involving fraud. I am therefore not a fraudster or in any way associated with fraudsters.”

“I urge the general public and my lovers to discountenance this falsehood being spread against me as the same is a calculated attempt to associate me with hush’s incident which I know nothing about.

Unlike his other posts, the BDC operator, who had earlier claimed that he was born into a wealthy home, turned off the comments on his Instagram posts after declaring that he operates a legal business.

Nigerians on social media have drawn similarities between Momopha and Hushpuppi because of their love for designer apparel and popularity on Instagram on account of their ostentatious lifestyle.

It appears that some of the shocking remarks he made during his interview with Daddy Freeze have come back to haunt him.

In the interview, Mompha claimed to have brought Hushpuppi to Dubai from Malaysia, said the FBI arrested Hushpuppi because of his “stubbornness.”

“What fucked him up was that he didn’t listen, he is stubborn” hence his arrest and trial in the US,” he said. 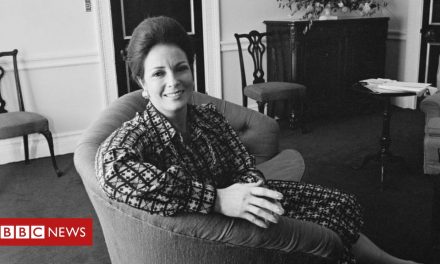