Nigeria’s preparations for podium outing at the Tokyo 2020 Olympic Games begins today with the departure of the first batch of the country’s contingent to Japan from Abuja.

Although the Games are not due to kick off until July 23, Team Nigeria athletes are going to the Far East nation to acclimatize Ahead of the Games.

According to the Director, Federation of Elites Athletes of the Federal Ministry of Youth and Sports Development , Dr Simon Ebhojiaye, members of the canoeing team, Ayomide Bello and her coach, Ebenezer Ukwunna, Esther Toko and her coach, Regina Enofe alongside Secretary General of the Rowing and Canoeing Federation, Olubunmi Oluode, will depart for Tokyo through the Nnamdi Azikiwe International Airport in Abuja by Ethiopian Airline today.

Also in the first batch of Team Nigeria team to leave for the Games is Mary Onyali, former African record holder in the sprint and twice Olympic medalist who is Special Adviser to the Minister of Sport.

Listed for the team is the medical crew to handle the health matters of Team Nigeria athletes. They include; Dr. Samuel Ogbondeminu, Messrs Okoh Joseph, Abdulsalam Shuaibu and Ekundayo Ogunkunle.

Earlier on Monday, an advance team of the Ministry of Youth and Sports Development departed for Tokyo via the Murtala Mohammed International Airport in Lagos.

According to the itinerary of Nigeria’s trip to the Games, the second batch is scheduled to depart for Tokyo on July 13. 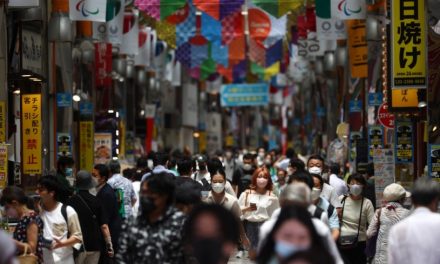 Liberia: Kathie Lee Gifford Opens Up About Her Faith and Her New Book