As the home-based Super Eagles departed Abuja last night for Los Angeles, USA, venue of the international friendly between Nigeria and Mexico on Saturday, Technical Director of the Nigeria Football Federation (NFF), Austin Eguavoen revealed the difficult task the team’s coaches faced in trimming the squad from 26 to 22 players.

Eguavoen who won the AFCON 1994 with the ‘golden generation’ of the Nigerian senior team admitted that it was difficult dropping four of the players in camp because of the commitment and improvement exhibited by all the stars invited from the domestic topflight league.

“We had about 26 players in camp and it was difficult trimming it down to 22. Yes, there were lots of improvement. I am not saying that those dropped were the least, but we also want to let them know how we want to play and trying to figure out what position is best for each player as well. It was tough decision,” observed the ex international fondly called Cerezo in his days as Eagles defender.

Eguavoen stressed that coaching a football-loving country like Nigeria demands thick skin by the gaffers as criticisms are what to expect on regular basis.

“It has not been easy because it has been very tough. You know when people criticize you, you should be able to accept it once you are in this job. But objective criticisms are welcomed. But Again, this job is open to criticism anyway.

“Like I said before that this job is not easy and selecting those players is also not easy.”

He however feels elated by the commendations heaped on the coaching crew by the Sports Minister, Sunday Dare, when he visited the team’s training early this week.

“When the Honourable Minister of Sports (Sunday Dare) visited us, he gave us a lot of commendations because it’s not easy working with a whole lot of players from the domestic league.”

Eguavoen however apologized to those who thought they ought to be in the squad to the Mexico friendly.

“Apologies to those who felt they should be here but are not here. This is not a one-off thing but a continuous thing. Recall that the Minister also told us that we should go back to the drawing board when we have periodic camping,” he noted.

The NFF has promised that henceforth, there will be regular invitations of players from the domestic league in a one-year plan where there would be periodic camping for them to fish for those to be included in the ‘A’ team. 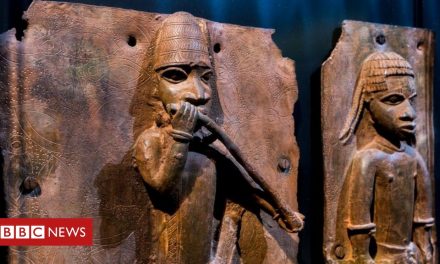