The Duke of Shomolu Productions, one of the fastest-growing theatre production houses in the country, is all set to stage two very exciting plays at the prestigious Glover Memorial Hall, this August.

The two plays – Awo and Aremu, represent a mold breaking initiative that would see for the very first time, two major productions being staged back-to-back in the same venue and involving over 100 cast and crew brought together by the strong need to deepen the sector while making history at the same time.

Aremu and Awo will start showing from the 22nd of August and run every Sunday through to the 12th of September, 2021 at the legendary Glover Memorial Hall, Marina, Lagos.

Already, Duke of Shomolu has received strong support from the Lagos State Government through its Ministry of Tourism, Arts and Culture which has graciously provided comprehensive institutional support in the run down to the August 22nd opening night.

Awo and Aremu would touch on several key sectors central to Sanwo-Olu’s agenda – media, hospitality, transport and job creation, hence, the very strong support of not only the Lagos State Government but also its very strategic parastatals such as LIRS, LASSA amongst others.

The play, Aremu, is a de-politicised depiction of the life and times of Nigeria’s ex president, Chief Olusegun Obasanjo (GCFR).

The script, well written by renowned playwright, Professor Ahmed Yerima, would take the audience through the mysterious birth of its principal, throwing up his growing up years, touching the very deep and rich trado-cultural ethos that molded as well as guided him through his very colorful sojourn in life.

In the expertly rendered song and dance sequence, Prof. Yerima who is also director of the play, perfectly employs the story of Chief Obasanjo to portray the Yoruba culture in its very true essence, opening it up to the full glare of the audience while allowing them bask in the wonderful glare of a truly proud people.

Awo, on the other hand, is a markedly different portrayal of one of the most influential figures in post-modern Nigeria. It is a beautifully crafted story that surprisingly uses the well-tested format of a musical to narrate the story of one of the most enigmatic sons of Africa.

Deliberately parading a very young cast all of which did not see Awo in real life, Makinde Adeniran, Fta, who is the chairman Lagos State Chapter of the National Association of Nigerian Theatre Art Practitioners – NANTAP, will drop a very fresh but deeply philosophical story that has been carefully designed to deliver a powerful message using an easy to digest format.

According to Joseph Edgar, the Executive Producer of both Plays, The Duke of Shomolu Productions has deliberately decided to showcase these diagonally different leaders at this time of National development, in a bid to throw up the leadership ethos and cultural antecedents that molded and prepared them for the roles they have played towards national development. 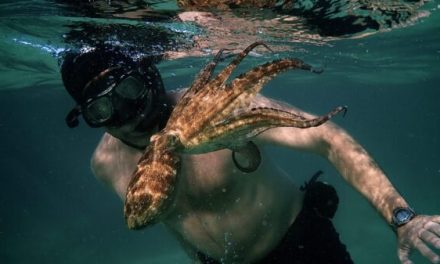 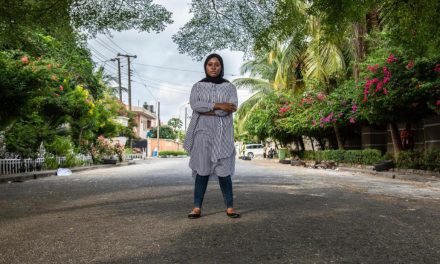 Activist Hauwa Ojeifo is the winner of the 2020 Changemaker award