ONE of our very own young talents, Nameya van der Linden, has made it to the grand final of Open Mic UK, with a big showcase taking place tonight via live-stream.

The singer will be competing against several others in the live show for the top spot, which will be determined by the competition’s judges and a public vote.

“Since the beginning I’ve always had a very positive attitude about the entire situation. I know there’s a lot I can learn from it, and there’s so many networking opportunities,” she says, adding that she’s very excited to have made it this far despite her nerves.

“I have a very positive feeling about the impact this can have on my music career.”

Van der Linden, who has been passionate about music, but shy for a long time, says she discovered the competition by chance and auditioned with original music she has been working on.

The 20-year-old describes herself as “a very wild, crazy, weird, fun-loving and caring individual”, who has been interested in music since she was a child.

The UK-based creative has made it through several rounds of the competition, and will be singing tonight to determine the overall winner.

She says she is grateful for the support she has received so far from friends and family, saying she would not have made it this far without the people encouraging others to vote for her at each level.

Van der Linden jokingly refers to her mother, Eline, as a “soccer mom”, continuously supporting her from the sidelines.

She says she has, however, worked very hard to make it.

“I think doing original songs with each round, and trying my best with the way I record my videos, and trying to improve with every single round have also been big contributors to my success so far.”

Open Mic UK is a national singing competition that attracts over 10 000 acts every year.

The judges include renowned industry professionals such as radio DJs, media personalities, talent scouts, music executives, artists and repertoire developers from the likes of Atlantic Records and Universal Music, as well as names such as Molly Hocking, a previous winner of The Voice UK.

“The judges’ role is to identify those acts that have the potential to be signed as an artist in today’s current market,” states Open Mic UK’s official site.

The overall winner will be crowned Open Mic UK champion, receiving a cash prize of £2 500 (approximately N$50 000), mentoring in the industry, and publicity packages to kickstart a music career.

“Winning would mean more to me than I could ever describe. I’ve always had very low self-esteem, especially when it came to my singing. But I feel like winning this would really reaffirm me and my abilities,” Van der Linden says.

She describes her success so far as “mind-blowing”, and says she is hoping to work on an EP should she be successful.

Voting lines will be open till Thursday 8 July.

To tune in to the show and vote for Nameya for just £1, visit https://www.openmicuk.co.uk.

– Anne Hambuda is a local poet, writer and social commentator. Follow her online for more. 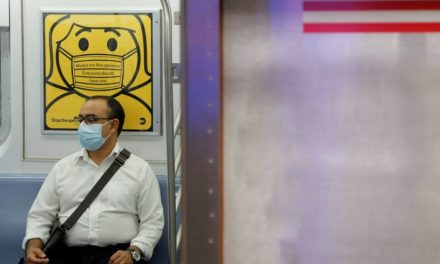 South Africa: New Books – In, Against, Beyond Corona