Namibia: Hollywood Superstar Coming to Land of the Brave


Hollywood superstar Will Smith will be in Namibia next month to play host for the second season filming of the National Geographic natural history documentary ‘One Strange Rock’, The Namibian has learnt through impeccable sources.

Florence Haifene of the Namibian Film Commission only confirmed that a permit has been issued by the commission for the production and that Namib Films was the local facilitator.

“All information is classified regarding that production, therefore the commission at this stage is in no position to provide you with information,” she said.

The Namibian understands Smith will stay at a hotel at Swakopmund for a few days in the first week of February, and that the production will be over 10 days. This newspaper also understands that Namibian landmarks will be visited as part of the production.

Reasons for avoiding publicity is common among large productions, and mostly has to do with marketing strategy and not wanting anything “getting out” before the launch of the production.

Haifene, however, said the Covid-19 pandemic has had an impact on film production in Namibia, and that since the pandemic hit

Namibia during the first term of 2020, 18 productions planned for the country were cancelled.

“However, productions have started coming in since the end of September last year in compliance with Covid regulations.

So we are happy about that,” she said.

Smith was called by Newsweek “the most powerful actor in Hollywood”, while Forbes has ranked him as the most bankable star worldwide.

He has been nominated for five Golden Globe Awards and two Academy Awards, and has won four Grammy Awards.

In the 1980s, he achieved fame as the rapper ‘Fresh Prince’, and in the 1990s he gained more momentum through the comedy television sitcom ‘The Fresh Prince of Bel-Air’.

From there he went into movies and starred in numerous blockbusters such as ‘Men in Black’, ‘The Pursuit of Happiness’, ‘I am Legend’, ‘Bad Boys’, ‘Ali’ and ‘Independence Day’, among others.

He is the only actor to have starred in eight consecutive films which grossed over N$15 billion in the domestic box office. As of 2016, his films have grossed about N$116 billion at the global box office.

The first season of ‘One Strange Rock’ comprised 10 episodes, and was presented by Smith. The documentary tells the story of how life survives and thrives on earth, as told by eight astronauts from their unique perspective of being away from earth (for about 1 000 days collectively). The documentary was released on Netflix in 2019.

Smith is the presenter, while Nutopia is the production company.

According to a statement on Nutopia’s website, National Geographic “has picked up a second season of the series”, which explores what makes the earth unique, how the planet is able to sustain life and the fragile systems that keep it thriving.

“The tremendous success of ‘One Strange Rock’ is a testament to the power of innovative storytelling and an exceptional creative team,” said Courteney Monroe, CEO of National Geographic Global Networks.

“With the creative vision of Darren Aronofsky and the expertise of Jane Root and Nutopia, ‘One Strange Rock’ stretches the traditional boundaries of science and natural history programming. It takes viewers on a breathtaking visual adventure that not only entertains, but also amazes and surprises.”

“With National Geographic and the wealth of talent and experience of Jane Root (Nutopia CEO) and Nutopia, we took on this ambitious project to give audiences a new perspective on our planet. There was so much more we wanted to cover in the first season and could not. I’m grateful we now have the opportunity to bring more of the beauty and wonder of our planet to the screen.”

Efforts by The Namibian to reach out to Nutopia in the UK were unsuccessful. An email sent to them asking about the production, got no response. 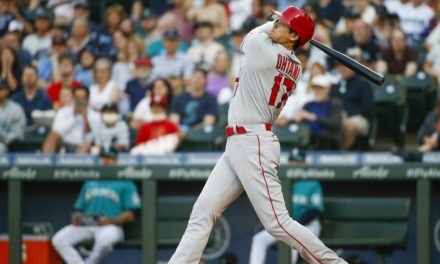