The initiative is the brainchild of the Ministry of Sport, Youth and National Service in collaboration with the Namibia Sports Commission (NSC) and Athletics Namibia.

The task team was purportedly established to keep track of donations to the 2020 Olympic Games’ newsmakers for their recent exploits in Tokyo, Japan.

Mboma and Masilingi are hot property after their sterling performances ignited the track in Japan.

They were given little chance of making an impression at the Games, but the 18-year-olds stunned the world by storming into the 200 m final.

Mboma claimed a landmark silver medal and set a horde of records along the way, while Masilingi managed sixth place and also smashed her personal best time.

As a result the training partners have been inundated with promises of gifts, donations and sponsorships from the public and corporates when they returned.

The NSC on Thursday said the aim of the task team was to ensure accountability and to avoid ambush marketing.

“While we appreciate and welcome the overwhelming support and as we prepare for their return back home, we kindly request that all the pledges, donations and gifts be directed to the national preparatory task team. This is to safeguard and protect the image rights of the athletes, ensure accountability, and to acknowledge the benefactors in a well-coordinated and transparent manner,” the commission said.

The NSC said individual companies will directly hand over their pledges to the beneficiaries at a coordinated event.

“Under no circumstances will the task team collect or receive any of such gifts, donations and sponsorships,” the commission said.

Regardless of the latter disclaimer, the move was rebuffed with great intensity.

Social media was awash with accusations that the government wants to hijack the shining teen stars’ potential earnings.

A prominent furniture outlet that pledged two queen-sized beds for the athletes, said they would be “handing over the little we have pledged directly to the girls. Come rain, come summer”.

The Namibia National Olympic Committee (NNOC) is also opposed to the task team and distanced itself from the movement.

NNOC president Abner Xoagub said the body’s reported association with the preparatory task team was cause for “grave concern” and inaccurate.

“The NNOC-CGA (Commonwealth Games Association) was neither consulted nor involved in the decision to establish such task team. The NNOC-CGA therefore distances itself from the article [announcing the task team’s establishment] in the [The Namibian] newspaper,” Xoagub said in a statement.

“The NNOC-CGA respects the rights of the athletes as set out in the Olympic Charter, and equally respects the decision of the coach/manager and the athletes with regards to the management of sponsorships, gifts and contributions,” he said.

A day before their departure for the 2020 Tokyo Olympic Games, the sprint sensations received the largest-ever sponsorship for sporting individuals in the country from MTC.

They received N$2 million each for the next three years.

The sponsorship includes the construction of a house for each at their home villages, phones, airtime, personal upkeep and expenses relating to their athletic commitments.

MTC will also host a local athletics event in Namibia at a cost of N$1 million to honour the achievements of both the athletes and to inspire other athletes. 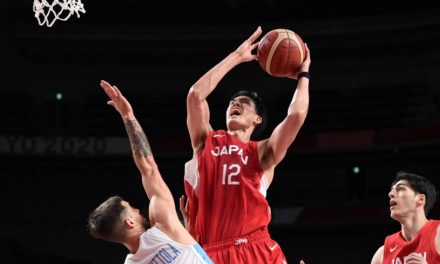 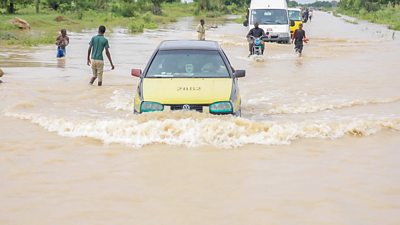 Nigeria: Jigawa State farmers lose ‘80% of farmland’ due to flooding