Namibia: From Full Back to Main Mine Man


FORMER Eleven Arrows right back Josephat Ngenny Emvula made a name for himself as one of the best overlapping defenders of his generation.

The Walvis Bay-born retired star, who became an important part of the Arrows squad that won the Namibian Premier League in 1991, is another of the Arrows stars who joined from cross-town rivals Blue Waters.

The gangly-built player was part of the Arrows team that became the first Namibian club to participate in the African Champions League, which saw them bowing out to Lesotho champions Arsenal FC in the preliminary round over two legs.

Also known as ‘Omtot’ by his Arrows fans, Emvula was definitely not an average player.

“It is very odd how I applied overlapping to my game because it was never in our game plan but something which our goalkeeper at the time, Immanuel Sparks Gottlieb, encouraged me to do. We applied the concept if the opposition only played with two strikers.

“For me it was not a problem to link up with the midfielders because I was very comfortable with the ball at my feet. Also, I was super-fit and enjoyed running up and down the right flank of the Arrows attack,” he says.

The former Kuisebmond Secondary School pupil also represented the pre-independence junior national sides when he turned out for the under-16 and under-19 teams that played in youth tournaments in Gqeberha (previously Nelson Mandela Bay) and Johannesburg, South Africa, respectively.

Emvula continued his pre-independence form when he and his Arrows teammates also played for the under-23 side.

“The fact that we had six players in the under-23 side attributed largely to the dynamism in the Arrows team.

Emvula also won eight caps with the Brave Warriors and made his international debut during the 1-0 defeat to Mauritius during a friendly match in Windhoek.

He describes the 2-0 win over Black Africa at the Ramblers field in Windhoek in the mid-90s as his most memorable game in an Arrows shirt.

The former defender says he will be forever grateful for the discipline Louw taught him to have, adding it is one of reasons he is living a responsible life today.

“It didn’t matter to him – if you were a good player, you would automatically be in the starting line-up. Your selection depended on your training and how you conducted yourself during the sessions,” Emvula says.

IN THE BOXING RING

Apart from his exploits on the football pitch, Emvula was also a boxer of note.

“There was a time I would first play soccer during the day with my beloved Arrows and go box at night. I was very strong and battle ready,” he says.

The former right back has retired from the game since and is now enjoying life with his wife, Daphne, and their three children.

Emvula is currently employed as a process controller by De Beers, where he has been working for the last 17 years.

The site is located at Oranjemund.

“The main responsibility of my job is to achieve production goals through controlling the operation of the treatment plant,” he says.

The self-confessed die-hard Arsenal and Mamelodi Sundowns card-carrying supporter says he relaxes by playing pool and also enjoys hanging out with his boyhood friends.

He names his cousin Tara Shimbulu, who has always encouraged him to do better, as the person who had the biggest influence on his football career.

He may be too old to be playing actively now, but the retired star says he still manages to get game time with Atlantic Masters alongside former stars like Sheya Mwelashe, Ivo de Gouveia, Dolphy Campbell, Steven Damaseb and Sandro de Gouveia.

Emvula, who was part of the first Namibian national team that played against Madagascar, says he is not impressed with the young players of today.

“Our boys of today are not playing with enough passion, and the strikers, in particular, seem to be afraid of taking risks by shooting for goal when they are in good positions in front of goals. They would rather lay the ball off to another teammate,” he says.

Emvula says today’s young players should never succumb to peer pressure and should always have a plan B for when they retire.

“Avoid being dictated to by your friends as to how you should live your life. Those very friends will never be around when you have to suffer the consequences of your actions.

“Remember that football is a short career and you must always have something to back on,” he says.

Emvula admits it was a very sad day for him when he had to hang up his soccer boots.

Concerning his future plans, he says he would like to be more involved with the Arrows and is currently still supporting the team financially when they travel out of town to fulfil their league or cup competition obligations. 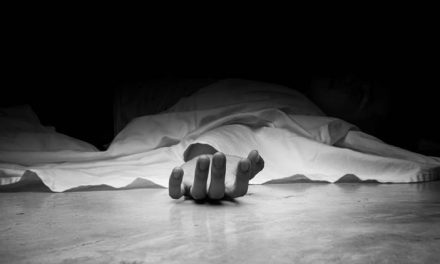 Zambia alarmed by surge in suicide and passion killings among youths