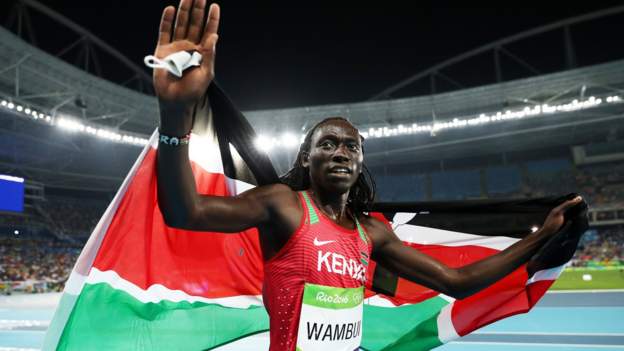 World Athletics should introduce a third category of events in order to allow athletes with high testosterone levels to compete in their preferred disciplines, Kenyan 800m runner Margaret Wambai has said.

Like other athletes classified as having ‘Differences of Sexual Development’ – or DSD – Wambui cannot contest any distance between 400m and one mile in the female category unless she artificially reduces her testosterone levels.

The Kenyan was an 800m bronze medallist at the 2016 Olympic Games.

“It would be good if a third category for athletes with high testosterone was introduced – because it is wrong to stop people from using their talents,” Wambui told BBC Sport Africa.

The sport’s governing body, World Athletics, says it has no plans to introduce such a category and will stick to its current classifications of men’s and women’s events.

The idea of a third category in athletics has been floated before, but Wambui is the first athlete to express outright support for the suggestion.

“We would be the first people to compete in that category – so we can motivate others who are hiding their condition,” she said.

“We could show them that it is not their fault, that this is how they were created, and that they’ve done nothing wrong.”

The 25-year-old, who has not raced competitively since July 2019, will not be competing at the Tokyo Olympics, having struggled to choose between competing in either sprints or long distances.

Since World Athletics introduced its latest rules governing DSD athletes in 2018, not one of the three athletes who stood on the 800m podium in Rio has contested the distance at a global international championship.

At the 2016 Games, Wambui was beaten to gold and silver by South Africa’s Caster Semenya and Burundi’s Francine Niyonsaba respectively.

“It is sad to see that whole podium won’t be there,” said Wambui.

“They cut short our careers, because that wasn’t our plan. I feel bad that I won’t be in the Olympics because of World Athletics rules.”

On Wednesday, Niyonsaba qualified for the Olympics in the 5,000m.

The three are classified as having differences of sexual development owing to their higher than normal testosterone levels. These DSD athletes consider themselves barred from the distance.

According to the World Athletics rules published in 2018, female DSD athletes cannot run any event between 400m and one mile – unless they lower their high testosterone levels, which the athletics global body claims give the runners an unfair advantage.

Athletics’ global body claims testosterone can boost endurance and muscle mass, among other effects, and that the DSD rules are needed to “ensure fair and meaningful competition within the female classification”.

Athletes can reduce levels by taking specific drugs or undergoing surgery – although the second is not necessarily recommended.

Two-time Olympic champion Semenya is currently leading a campaign against the DSD rules.

Despite repeated failures in the law courts of Europe, she is continuing to fight.

In February, she took her case to the European Court of Human Rights, arguing that the decision to ask athletes to change their bodies is a violation of their human rights.

The 30-year-old’s legal team are also questioning the very definition of a sports body – currently classified as private organisations – as a means of fighting World Athletics’ DSD rules.

“If we can get a judgment from the European Court which says that international sporting bodies are not private bodies above and beyond international conventions of human rights, that will be an extremely important thing for sport in general,” said Patrick Bracher, one of Semenya’s lawyers.

“International sporting bodies will become sort of state-related bodies – because they cover things internationally – and that will be a major prize for sport.

“World Athletics will have to take account of that because they will know that when they go to the Court of Arbitration for Sport (sport’s highest legal body) in future, ultimately they will have to apply broader social issues: in other words, human rights issues.”

Should they lose, Bracher freely admits it will be the end of the road for Semenya and other athletes classified as having DSD to compete in their preferred events.

However, unlike Wambui, Semenya does not want a third category introduced in athletics.

“Caster Semenya was born, raised, and trained, lived and competed as a woman and the entire case is about her right to do so,” said Bracher.

“Worse than that is the fact that if you create a category like this, it means no one can run within that category without publicly declaring private health details. It would just be another form of sex testing by enforced self-declaration.”

Meanwhile, World Athletics has ruled out any possibility of a third category.

“It should be noted that athletes with this condition make up 0.7% of the elite female athlete population, so a third category may not be viable in many events,” World Athletics said in a statement to BBC.

Such a stance means that Wambui – who says ‘taking (testosterone-reducing) drugs has never crossed my mind’ – will never again be able to contest her favourite distance.

After plenty of deliberation, the 26-year-old has chosen to try the 5,000m, which will mean a lengthy lay-off from competition as she adjusts to the longer distance.

“It will be painful watching the Olympics on TV knowing that I would have been capable of qualifying,” she said.

“But I will watch [the Games] because sport is in my blood.”

Africa: Here’s How Africans Can Advocate for COVID-19 Vaccine Equity 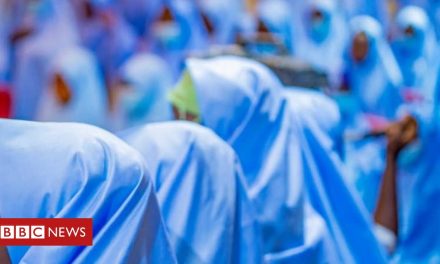 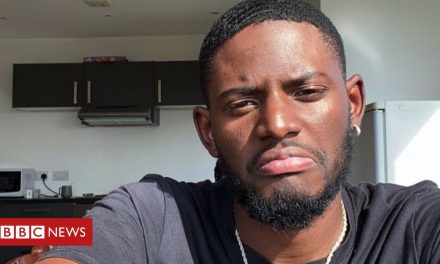 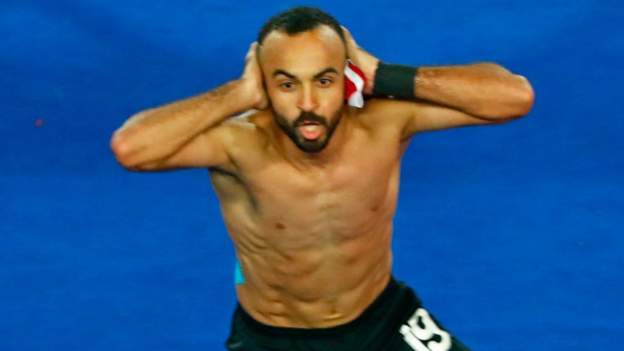