NAMIBIA take on Madagascar today in a do-or-die match that they have to win to keep their hopes alive of qualifying for the 2023 Rugby World Cup.

After their shock defeat to the Ivory Coast on Saturday, Namibia must now beat Madagascar if they want to secure a seventh successive ticket to the quadrennial showpiece.

Namibia has had a constant presence at the world cup for the past 22 years and the last time they failed to qualify, the Ivory Coast was once again the victor, winning 13-12 in Casablanca in 1994.

That put them through to the 1995 World Cup in South Africa, but Namibia soon established themselves as Africa’s strongest nation after the Springboks.

There were a few close shaves in qualifying through the years, though, with today’s opponents, Madagascar, nearly derailing Namibia’s run to the 2015 World Cup.

On 8 July 2012, the nippy Madagascans ran them off their feet for a shock 57-54 victory, after Namibia relinquished a 14-point lead with 10 minutes to go.

Luckily Namibia still had another qualifying chance and later took full revenge with a brilliant 89-10 victory in Antananarivo on 7 July 2014.

Today there are no second chances and a defeat will bring Namibia’s long-running world cup campaign to a shuddering halt.

They will certainly have to lift their game after Saturday’s abject performance which was not much of a spectacle. The Ivory Coast managed to draw out the match, while the referee added to the delays with numerous penalties, of which Namibia bore the brunt.

But on the few occasions that Namibia did attack, their backline squandered several opportunities with basic handling errors, and against the nippy Madagascans who prey on such errors, that will be fatal.

Namibia coach Allister Coetzee said that the Ivory Coast defeat was a tough pill to swallow.

Ït was a very disappointing result, and the players and management are still hurting. There was a complete lack of cohesion and of execution and a lot of unforced errors and individual mistakes,” he said the day after the match.

“I thought we prepared well going into the game, but we couldn’t apply pressure with ball in hand, and we couldn’t maintain our discipline.

“We conceded a lot of soft penalties at the breakdowns and going offside due to over eagerness, and that is clearly a sign that this team is still very rusty; we haven’t played in 18 months and that is not an excuse, but it is a reality that there is no cohesion at this point in time,” he added.

By yesterday, Coetzee, however, said the mood had lifted in the camp and they were fully focussed on today’s match.

“We have moved over our disappointment, the mood has picked up, there’s a lot of positive energy and we just want to get out and play. But we need to keep things simple, we need to be more cohesive and look after our possession,” he said.

Coetzee said their defence had to be top-notch if they want to keep Madagascar at bay.

“Madagascar love to run the ball, they’ve got this Sevens mentality and they are not scared to run from anywhere on the field, so we need to be very sharp defensively,” he said.

“They are a nippy side, they are very quick, and they want to avoid big collisions, but we plan to put them under pressure with our set pieces, our scrums and our mauling. We want to make sure that we play in the right areas and convert our opportunities into points,” he added.

Coetzee said that they will go all out to get a bonus point (by scoring four tries or winning by a margin of at least 11 points), which could play an important role in the final log standings of Pool A. The Ivory Coast currently lead the group with four points, while Namibia and Madagascar are on zero, but a bonus-point win will put Namibia on top on five points. But it could all come down to the final match in the pool between the Ivory Coast and Madagascar on Saturday.

“We’ve got to make sure that we come away with a good win and also the bonus point, because it’s important for us to proceed in the tournament.

The boys will be up for this match, they get another opportunity to redeem themselves, so we are looking forward to the game,” Coetzee said. 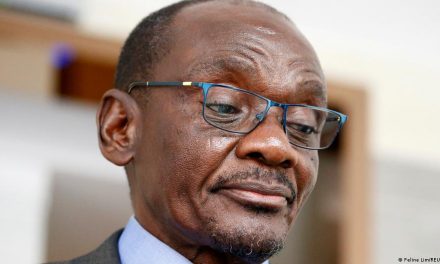 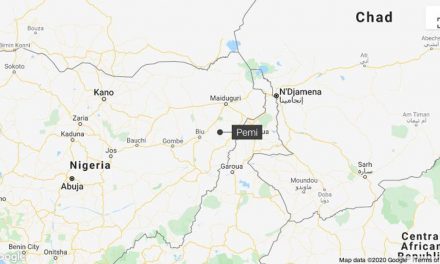