Monrovia — Employees of the Liberia Airport Authority (LAA) have not received their salaries for the past six months, FrontPageAfrica has gathered. The management, however, remained tight-lipped when contacted by FPA for comments.

Employees at the LAA the James Spriggs Payne Airport have complained that the management owes them seven months’ salaries.

The employees confided in FrontPageAfrica in that the LAA Managing Director Allen Klayee has threatened them several times with dismissal or suspension should any employee raise the salary issue in any of the LAA meetings.

“We scare to speak out my son but it is not easy on us here at the airport, mainly we from Spriggs. Our children are not in school and we come to work every other day using commercial transportation to come to work, and the salary we’re taking here is not even much for my family. Why should the MD who claims to be a God-fearing man treat us in this form and manner? He owes us but he doesn’t want us to talk about it; whenever we talk about our money, he threatens us and tell us that he’s the President’s favorite and that the President is always begging him to stay on the job,” a female employee said.

The LAA boss is also being accused by employees of deducting money from their salaries for social security but said money the employees explained is yet to be paid to NASSCORP by the LAA.

The employees also explained that only 40% of a month’s salary has been paid to them.

“Can you imagine the MD told us in one of our meetings that he was going to pay us at least 50% from the 7months owed us, only to realize that he started paying only 40% against our 2019 March salary. How can you pay 40% for a month when you supposed to give us 40% of the 7months owed?” another angry employee disclosed.

The employees have also described the MD of the LAA as being over powerful and allegedly using the company’s equipment for his private use.

The Liberia Airport Authority Managing Director Allen Klayee who is also the Bishop of the Jubilee Praise and worship Center-Church is also being accused by employees of taking the entity’s only bus to his church while employees struggle to go home from work.

“We already can’t get paid and the only bus that is supposed to carry us home to reduce the transportation burden has been taken to the Jubilee Church by our MD while we struggling every day looking for money to come to work; go and look in his church yard on the Old Road, the bus is parked there, he took the LAA painting from the bus and is using it for his church,” another angry employee said.

The employees have, however, planned a peaceful protest at the front of the Ministry of Finance on Broad Street to claim the attention of Finance Minister Samuel Tweah and President George Weah.

Africa: New Research On Wolbachia Is Encouraging in the Fight Against Dengue 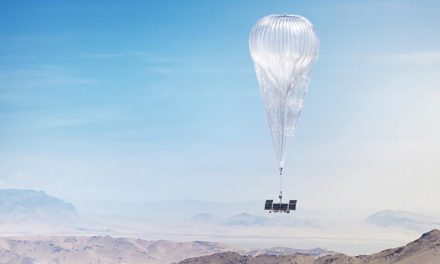 Kenya: NMS Has Shut Down My New Studios – Eric Omondi