Monrovia — The People’s Liberation Party (PLP) has commissioned about 10 buses to ease the difficulties citizens are faced with in commuting from one destination to another, with a call on opposition Liberian politicians to desist from just loudly castigating the government and find solutions to the aged-old mountainous problems confronting the country and its citizens.

The 72-seated buses were commissioned by the Vision Bearer of the PLP, Dr. Daniel E. Cassell, at a brief ceremony held at the party’s headquarters in Congo Town, outside Monrovia on Wednesday, April 28.

Dr. Cassell is also the Chief Executive Officer/President of the Dr. Cassell’s Foundation and the Kwenyah Security Firm in the country.

Speaking during the ceremony, Dr. Cassell disclosed that the move was intended to help address the numerous challenges citizens faced on a regular basis in moving from one place to another.

According to him, the transportation service launched by his party under the captioned “Liberation Transportation” Service is not intended for profiteering, but to also help provide job opportunities for citizens, particularly ordinary Liberians.

He pointed out that the initiative will ensure that citizens have access to affordable, cheap and accessible transportation service throughout the length and breadth of Liberia.

“Today marks the commissioning of our ten 72-seated buses. God has directed the vision to us and he will make a way for it to be manifested. Everybody wants to talk about problems and the opposition is number one. But before they became opposition, they did the same thing. But if we (PLP) see problems-instead of talking, we will solve those problems”.

Dr. Cassell vowed that though his plentiful humanitarian gestures being shown citizens have been misconstrued by his critics, he will not relent to provide basic necessities, offer scholarships and empowerment opportunities to needy Liberian citizens.

“They try to discourage us but, they will keep talking and talking because we are not going to stop doing good for our people. Our people are dying, suffering and they are being taken advantage of”.

He disclosed that his return to the country is intended to help solve some of the problems confronting poor Liberians including the orphans, women, disenfranchised among others.

Dr. Cassell observed that though some politicians are cognizant of the constraints those who elected them are faced with, they continue to give a blind eye and pay deaf ears to addressing these difficulties.

He noted that parents continue to be faced with the constraint of putting food on their tables before their respective children return home from schools.

He added that gone are the days where citizens will continue to become slaves in their own country, while those who they elect continue to amass wealth to their detriment, nothing that, “it is over and we are going to cross the red sea”.

For his part, the Chairman of the PLP Wilmot Paye disclosed that the party remains a solution-driven institution that seeks to improve the living standards of the citizenry.

According to him, the PLP remains a “problem solving” political party that will not sit supinely and witness citizens experiencing difficulties.

Chairman Paye described the year 2023 as a year for a battle between “integrity and crooks” in the Liberian society.

According to him, Liberians are tired of the manner and form in which their country has been governed over the years.

He noted that politicians continue to blindfold the eyes and minds of the citizens with high level of hypocrisy in the society.

Chairman Paye added that though the PLP has been assiduously working to address the numerous constraints citizens are faced with in the various sectors, including the areas of health and education, these failed politicians continue to criticize and complain against the party which is just four months in existence.

He said these failed politicians want to continuously see Liberians suffer in their own country, while them and their family members, friends and closed associates continue to live at the “expense, blood, sweat and resources of the people”.

“Today, we are proud of our political party. This month makes the PLP four months old. Four months old baby is putting fear in people like this; what if the baby begins to crawl; or walk. This baby by the special grace of God is Liberia’s final hope. This is the baby that God has sent to redeem this country”.

Chairman Paye pointed out that the PLP continues to become more vibrant and efficient across the nation.

“This is just the beginning; we are here to finally let Liberians know that we as a party under the laws of the republic of Liberia, we can undertake any venture especially the ones that touch the lives of our people. So, we are unveiling and commissioning 10 72-seated buses”.

He disclosed that the commissioning of the buses is just the beginning of numerous ventures that the PLP intend to undertake in the coming months to solve some of the difficulties being experienced by the country and its citizens.

“If the Christmas will be good, you will know from the eve and we are on the eve of the 2023 Christmas. They will see more and you will be proud that you are a member of the People’s Liberation Party. You will pass everywhere with your shoulders high because, you will not be ashamed of your political party. The buses will ply all across the country”.

Chairman Paye called on other opposition political leaders to desist from “hiding” behind the failures of past governments and others and work towards the betterment of the country and Liberians. 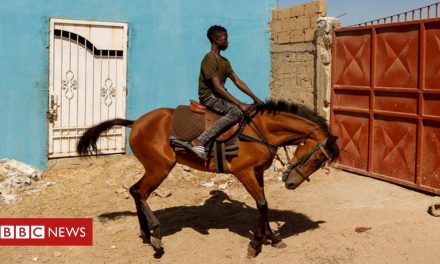 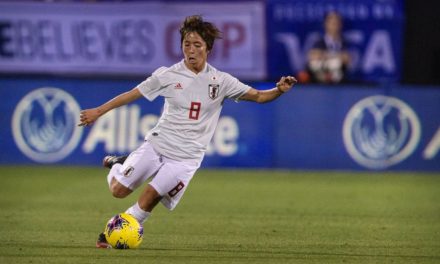 Japan to compete in 2021 SheBelieves Cup