For the very first time, the Kenya government has allocated millions from its Sports, Art, and Social Development Fund to visual artists participating in the Emerging Visual Artists Symposium and Exhibition currently underway at Karen Village.

The program, which Department of Culture Director Dr Kiprop Lagat says was initiated by the government, also includes a 10-day residency for 40 emerging artists. As he officially opened the residency and symposium last Thursday, Dr Lagat noted the Fund was created by Parliament back in 2003 but it had barely been used until now.

“After the residency, artists’ works will be curated by Lydia Galavu of Nairobi National Museum where the best will be exhibited from July 8 to August 8 at the Museum under the title Renaissance of a Vision,” says Ndekere Mwaura, Chairman of the Kenya National Exhibitions organising committee.

He further noted that the call to visual artists to apply for the program went out over social media in early May 2021.

“Well over 80 artists applied, but we had to bring it down to 40, not necessarily because those not selected weren’t talented,” says Ndekere. “It had to do with balancing several criteria. We wanted as many counties represented as possible [there are 11]. We wanted a gender balance, and we also wanted to balance genres of art since we defined several categories, including painting and sculpture as well as mixed media, mosaic, beadwork and jewellery,” he added.

The artists will also have opportunities during the residency to meet with more established artists who will share aspects of their experience and advice with the 40.

Among those who will share is Ndekere who also lectures in Fine art at Kenyatta University, plus several of his agemates like Gikonyo Maina, Etale Sukuro, Kibachi Gatu, Kangara wa Njambi and Gerald Motondi.

Speaking to the 40 during the Launch, Motondi, an award-winning sculptor, said, the residency was just the beginning of a journey that is bound to take them places. He cited numerous countries where his talent as a sculptor had taken him, including China, South Korea, the US, and various countries in Europe.

“Don’t think participating in this residency is a small deal. It’s a major event for you to exhibit your art at the National Museum,” he added.

Most of the artists brought a sample of their work to showcase at the launch. Their diversity of styles and skills was wide-ranging. For instance, Katanu Kai, 23, who has already spent a year overseas in art school brought paintings that were so impressive they shared pride of place next to the speakers’ podium.

In contrast, George Kamiti, 40, a former art student at Kenyatta University, shared artwork he made from metallic trash which he stitched together with copper wires. He also brought ceramic beads and bead jewellery that he creates in his studio at Art Orodha in Thika.

Stacy Merciana, 24, on the other hand, studied painting and graphic design at the University of Nairobi. But what she brought to Karen Village were a series of watercolours.

“I only discovered watercolours towards the end of my days at university, but I found I loved working with them,” she said. “I hope I can get advice from experienced watercolourists while I am here,” she added.

Meanwhile, like many of the 40 selected artists, Eva Mithamo had relatively little formal art training before coming to Karen Village. “I feel I am just starting,” says Eva who studied at Bobea Art School for a year before going to Sketch Master Art College where she went for just two weeks before coming to Karen Village. In her early 20s, Eva brought her acrylic paintings and looks forward to honest constructive criticism for her artistic growth.

Dennis Kioko is another artist who upcycles people’s trash. In his case, it’s glass wine bottles that he turns into what he calls home décor. “I get lots of bottles from local pubs as well as some from my friends,” he said.

Finally, one young artist at the launch who didn’t apply for the residency since she is still a student at KU is Maria Gikuru, 25. But coming with her sketchbook filled with imaginative pen and ink caricatures, we left the ‘Renaissance of a Vision’ residency feeling that ’emerging artists’ like these embody a bright future for the growth of Kenya’s visual art community. 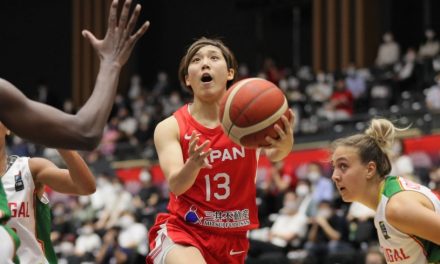