Kenya: Monte Carlo Will Give a Feel of What to Expect in 2021 Wrc Season


The 2021 Fédération Internationale de l’Automobile (FIA) World Rally Championship (WRC) starts on January 21-24 with the 280 kilometres long Rallye Monte Carlo, the shortest in history, but still challenging and exciting in a WRC theatre of action still gripped by the Covid-19 pandemic and facing an uncertain future.

However, FIA Director of Competition Yves Matton acknowledges that next year’s season has its own risks especially in countries that continue to record increasing cases of the virus which affected several WRC 2020 rounds including the Safari Rally.

But FIA remains optimistic that the 2021 schedule will be sustained even after WRC Rally Sweden was canceled this month following a threefold surge of Covid-19 cases between October and December this year.

The FIA World Motor Sport Council, which Sports Cabinet Secretaryb Amina Mohamed is a member, has identified seven yet to be named reserve countries as a contingency measure should 2021 WRC confirmed hosts be disrupted like this year.

The FIA is yet to announce a replacement of Sweden and hopes a revised Monte Carlo will run as planned. Some of the changes implemented under strict French Government’s Covid protocols includes the cancellation of the January 21 morning shakedown.

The organiser of the Rallye Monte Carlo, Automobile Club de Monaco, has designed a new route compared to the previous itinerary and scrapped the “St Apollinaire – Embrun” stage among others. The grand finale will be the Brianconnet/Entrevaux 14.31km morning stage on Sunday with the second run serving as the Power Stage.

Frenchman Sebastien Ogier, navigated by Julien Ingrassia, will be returning to Monte Carlo in high spirits after securing his seventh world title early this month in Monza, Italy driving a Toyota Yaris after season leader and teammate Elyfn Evans of Britain, with a 14-point advantage, retired in Monza after losing the rear of his Toyota in a tight right-hander and slid down an embankment.

Despite the unfortunate developments in Sweden, the 2021 calendar remains as planned with four new hosts led by Zagreb, Croatia April 22-25 , which has replaced WRC Rally Mexico.

Rally Catalunya will make a comeback after being excluded in the 2020 WRC series following an event-sharing deal with the FIA and WRC Promoter to sit out but was guaranteed a slot in the 2021/22 calendar. The famous rally based in Salou and Catalonia will run from October 14-17.

Chile was cancelled at the beginning of this year’s season following political unrest. Nonetheless, normalcy has been restored, and the WRC party is expected to grace the only WRC rally in South America on September 9-12.

Rally Deutschland, which suffered limping hiccups this year at the height of the pandemic before finally being cancelled, will also miss out.

This means that only eight events will be held in Europe, namely Finland, Italy, Spain, Portugal, Croatia, Estonia, Britain and Monte Carlo.

The WRC Safari Rally will be one of the three long haul events and the only one in Africa on June 24-27 in Nairobi and Naivasha while Japan, the only rally in Asia, will close the season between November 11-14.

Staging the Rally Monte Carlo successfully is the fillip the WRC needs in an unknown world health status. But as Matton was quoted saying: “There are no guarantees because of Covid.”

“Of course, there will be constraints and changes, but if we can achieve an event like this (Monte Carlo), then we can achieve more and more events during the year ahead, although it is obviously disappointing that Rally Sweden won’t be able to take place,” said Matton. 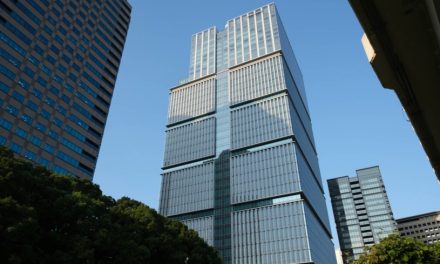