Seasoned journalist Lolani Kalu has started a music studio with the proceeds he received from Kenyans of goodwill when he was struggling on the financial front.

And he’s urged the government to help the project by absorbing his music records into the school curriculum.

“I have an operational recording studio, a camera to do my recordings and to also go live with. I have written a music theory book in Swahili titled Mawe Saba and I would like to request the Ministry of Education to have it in schools for music lessons,” he said.

A few months back, the former NTV presenter opened up on his financial and health struggles after he abruptly left his job and was forced to retreat to the village.

The plight of his struggles was highlighted on Twitter, forcing media personality Felix Odiwuor, aka Jalang’o, to invite him for an interview on his online TV, from where he asked his fans for support.

Kalu said he needed sh250,000 to buy a camera and a computer to jumpstart his life.

“I would appreciate it if I can get Ksh200,000 for a camera and sound equipment and Ksh50,000 for a computer that would enable me to edit the footage I would have shot,” said Kalu.

Kenyans on social media joined hands to raise the amount for the journalist who also got a job at K24 TV.

Africa: As Africa Unites to Fight the Covid-19 Pandemic, We Also Pin Our Hopes On the AU Peace Fund to Silence the Guns 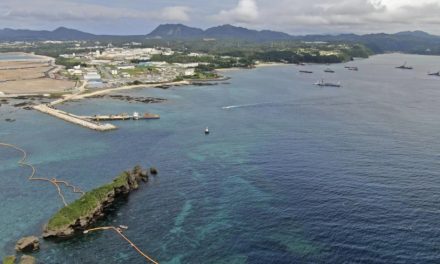 Opposition grows over soil at Henoko that may contain WWII remains