The dust has settled on the World Rally Championship (WRC) Safari Rally and people are back to their daily lives as they wait for the 2022 event whose dates will be announced later this year.

Positive reviews and commentaries continue being churned out by experts on the WRC Safari; the common denominator is a rare salute to the enthusiastic fans who braved chilly weather conditions as they lined up along highways and many more jammed areas designated for spectators to cheer on the drivers.

The foreign press appreciated the Kenyan Government’s support and local organisers. In the beginning, the top three manufacturers’ teams came to Kenya without local knowledge and the mentality of a European-type sprint event.

The Safari was held under dry conditions with the exception of the Sleeping Warrior stage where an unexpected deluge opened in the afternoon run; giving top drivers a taste of unknown Africa.

From the original list of 11 Priority I drivers, only five lasted the entire 320 kilometres distance spread over four days without retiring and rejoining the race the following day.

All were unanimous that the Safari should be approached with respect. The top drivers have shown eagerness to come back and compete in the world’s toughest rally.

“We knew it’s a rally where a lot of things can happen and it happened, quite a lot actually,” said world champion Sebastien Ogier in an interview with a top internet rally website Dirtfish.

“It is a rally all drivers want. It’s been a tough challenge. I think Rally Kenya didn’t disappoint anybody, lots of entertainment I believe to follow that one,” the seven-time world champion said.

Ogier who displayed the best tactical game plan described the Safari as being really a tough challenge.”Of course different from anything else we’ve done in our career but that’s what we expected and that’s what we like.”

In his analysis, Clark gave the Kenyan public 10/10 best mark in the Safari.

“I happily reserve my only maximum score of the Safari Rally to our many new friends in Kenya. It’s what I loved most about the Safari Rally. The fans embraced the WRC in their tens of thousands with smiles, laughs, absolute joy, and enthusiasm,” he concluded.

Other reviewers noted that the Safari lived up to the billing of its “ancestors” toughness, unpredictability and lack of respect for the best drivers in the best cars.

“Names like Rally Kenya or Kenya Rally would not have sold because the word Safari will always be Safari, for motorsport enthusiasts and tourists,” they said.

They world witnessed a Head of State (President Uhuru Kenyatta) flag off a rallying event and patiently presented prizes and engaged competitors as if they were good old friends.

A veteran rally journalist summed it all up this way: “It’s like US President Joe Biden confirming an American round of the WRC, or British Prime Minister Boris Johnson putting his shoulder to the wheel to bring Rally Great Britain back to Britain. Unfortunately, neither the White House nor Number 10 shares President Kenyatta’s passion for rallying.”

“The Kenyan President paused from his duties handing out trophies at Safari Rally Kenya and to deliver the news which a continent – not to mention a world – of fans wanted to hear. Africa’s not only back in the WRC, but it’s not going anywhere for the next five years.”

“It gives me great pleasure to announce that we have agreed, with the International Automobile Federation (FIA) and the WRC, to continue hosting the Safari Rally every year until 2026,” the President said.

FIA has shown commitment to young drivers, and the Safari Rally, has proven that motorsport is the most popular sporting event in Kenya. FIA President Jean Todt wants an African country to bid to host a round of Formula One. We can say the furture is indeed bright for the African continent. 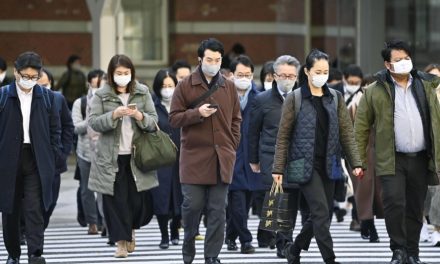 Kenya: How to Celebrate New Year in Lockdown